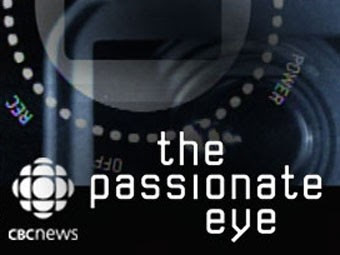 Watching The Passionate Eye documentary Future Earth: 2025 is like going to a string of disaster movies.
But the catch is this: everything predicted in this dour hour of looking forward seems destined to actually happen.
The sighs are all around us these days: gigantic fires in California, Washington D.C. flooded by monster floods and dust storms in the American South west to revival the Thirties' Dust Bowls.
But Future Earth says these disasters only presage monster conditions which are percolating up and will soon be affecting life everywhere.
Global warming is one villain. Overpopulation is another. Water or the lack of it could endanger our collective futures.
First of all the hour was made for MSNBC so the apocalyptioc forecasts are mostly confined to the U.S. save for a sary scenario of Biblical propoprtions that forecasts clouds of locusts springing up from Africa to engulf much of Europe, devastating crops and producing mass starvation.
In the American South west with its current low rainfall and population of 45 million the conditions seem ripe for something awful: Lake Meade's capacity is off by a third meaning its ability to serve the cities of Las Vegas and Los Angeles is now questionable.
What happens if the lake continues to shrink? We watch as turf in Vegas is being torn out and returned to the desert --too many golf courses are guzzling up too much water.
In California rainfall is down significantly over the past quarter century producing the kind of monster fires that one day might threaten Beverly Hills and even Hollywood. We follow crews who are out burning off the dried timber from the forest floor to avert catastrophe.
Could a fire tornado roar down upon Los Angeles? Give the conditions another 15 years of steady deterioration and we'll see.
Special effects are amazing from the Hollywood sign going up like so much tinder to Las Vegas disappearing under a cloud of dust that threatens to suffocate all trapped in the path of the storm.
The shots of Washington partly under water are from the last flood that broke many levees --the next flood could submerge some of America's most historic sites.
This one was produced by Darlow Smithson Productions using extensive archival footage.
FUTURE EARTH:2025 IS ON THE PASSIONATE EYE MOND. FEB. 1 AT 10 P.M. ON CBC NEWS NETWORK.
MY RATING:***.
Posted by james bawden at 10:37 PM