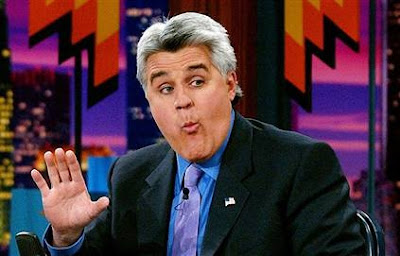 NBC has finally conceded it made one of the most massive programming errors in TV history.
The peacock proud network has pulled the plug on Jay Leno's 10 p.m. prime time talk show after just five months.
The ploy to run Leno against top rated CBS and NBC dramas didn't make it on so many levels.
The Leno show ends Feb. 12 when NBC switches to Winter Olympic coverage. And after that?
Its still not clear what Leno and Conan O'Brien will do. If you watched the normally affable Conan on Friday night he's fighting mad while Leno has been making snide remarks about the climate over at FOX being oh so much better.
But Leno at 10 did exactly what NBC had predicted. The show was making money even though ratings were abysmally low.
What NBC did not count on was a full scale rebellion by its affiliates who are complaining Leno at 10 provided no audience flow into their 11 p.m. local newscasts which began suffering in the ratings. And the affiliates make much of their profits out of local news.
And moving Conan an hour earlier to 11:30 also proved to be a flop. The red headed guy has been steadily losing viewers to CBS's Letterman.
NBC's solution: move Leno back to 11:30 but only in a half hour format.
But Conan has a "play me or pay me" clause worth up to $45 million that says he can't be moved from his Tonight berth and he's resisting the move to midnight.
And what will NBC do at 10 p.m. Sources say Law & Order can be moved there but what about the other nights. It takes years to grow dramatic franchises. Remember this whole mess started when NBC's 10 p.m. dramas began failing miserably.
Posted by james bawden at 2:53 PM