TV's Walking The Nile: Simply A Must See 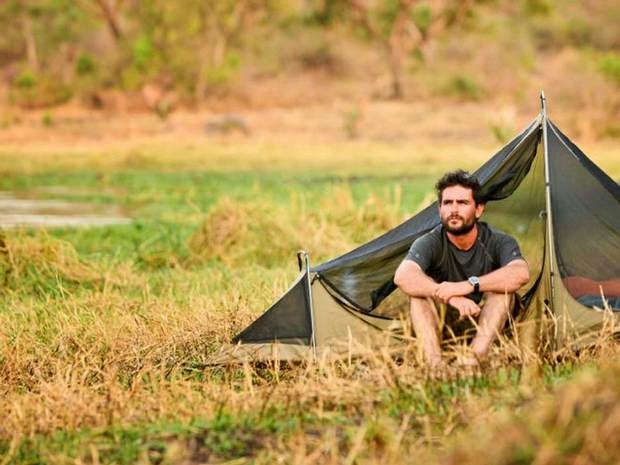 I'm always telling people about great TV series they never knew existed.
So here I go again.
I've just watched a preview of the first hour of the simply stupendous new British documentary series Walking The Nile.
It debuts Wednesday April 1 on Travel +Escape at 9 p.m. and simply stated is a must see.
This one has everything and then some.
American journalist Matthew Power is caught sitting on a log in the middle of the humid African jungle and two hours later he is dead a victim of intense sub stroke (the temperature hit 48 degrees Fahrenheit).
Several times amiable British host Levison Wood tried CPR but it didn't work and by the time army helicopters arrived Power had died suddenly and tragically.
That's one of the life lessons viewers are taught in this magnificent odyssey which took host Wood and his camera crew eight months and 4,250 miles from starting at a mere stream in Rwanda and following the Nile all its winding way.
There are big ticket items to worry about all the way.
In parts of Tanzania fully a third of the population men and women alive and also children have tested  HIV positive.
And there is poverty everywhere. Within days of Wood's travels a civil war broke out and near one town we see a gang pounce on him and demand equipment and clothes so that his life and his guide Boston can be freed.
The series has already premiered on Britain's Channel 4. And inevitably, there's a coffee table book out there, too.
In Part One Wood is seen walking through parts of Tanzania and Uganda.
Tanzania he finds still a police state, suspicious and with the local police convinced the film crew were spies.
In Uguanda he surprisingly finds a more free society --English is the first language and the capital of Kampala seems fairly prosperous.
Of course we're really watching for the animal shots: the menacing hippos are scary until we see one bloated hippo carcass floating in the water --poachers are everywhere.
The images of elephant herds are shot at a distance but a stroll along one sandy beach turns menacing because a mess of crocs suddenly emerge from the shrubbery.
See, the trouble with most TV travelogues is their levity.
Walking The Nile looks at all the problems of an area that is both beautiful and dangerous.
It's an extraordinary TV ournal and former British paratrooper Wood is perfectly cast.
We are living history with him and the mix of jungle and desert remain reminders of the fragility of life.
Here is TV worth watching and talking about.
WALKING THE NILE DEBUTS ON TRAVEL + ESCAPE OPN WEDNESDAY APRIL 1 AT 9 P.M.
MY RATING: ****.