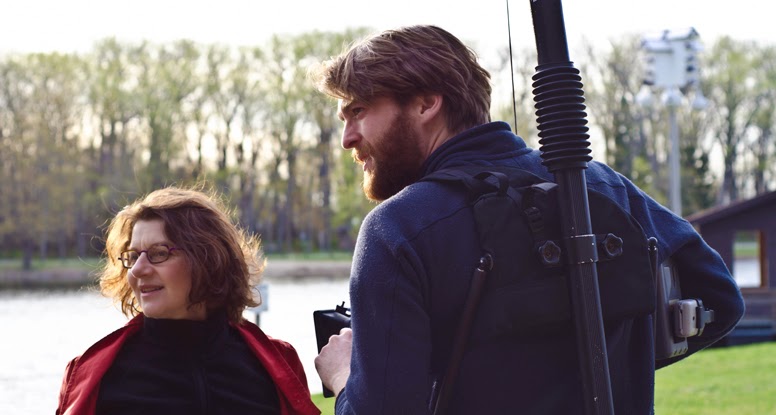 I'll have you know I staggered out of a sick bed (spring flu) to catch a preview of Sue Rynard's dazzling documentary SongbirdsSOS and I'm glad I did.
In fact I feel a whole lot better for having the mysteries of the declining population of North American songbirds explained so brilliantly for me.
You can catch this must-see hour on CBC-TV's The Nature Of Things Thursday March 19 at 8 p.m.
First of all the photography is splendid (Daniel Grant headed a crew of four) in capturing these splendid birds in dazzling flight often shown in slow motion.
And director Rynard should win every award for her persistence in traveling all over the continent to demonstrate the complex nature of the decline of the song birds which may be irreversible.
Let's start with the human heroes.
There's avian eco-toxicologist Christy Morrissey investigating the buildup of lethal neonicotinoids in the spring water runoff that damages prairie wetlands to the point the birds he is studying seem malnourished.
And there's Dr. Bridget Stutchbury who is equipping northern Purple Martins with micro-chip backpacks revealing their amazing migratory paths to South America and right back to the very nests they occupied last season.
The stats are very scary indeed: since the Sixties Baltimore Orioles are down 42 per cent, Purple Martins down 67 per cent, Canadian warblers down 66 per cent.
Pollution is one vile reason but another might be simply termed "modernity".
In and around the great glass skyscrapers of Toronto are killing fields -- we watch in horror as the nightly culls of dead birds are bagged to be counted up.
About a billion birds are killed this way every year.
Birds evidently can't distinguish between great glass windows and open airspace and that much dazzling light late at night further disorients them.
The images are terrible and ever turning off the lights will not protect all the birds.
In Alberta the whole ecology is under threat from gigantic oil and gas development and warblers need forests with trees at least a century old.
In Saskatchewan ponds and surrounding farms we see delicate ecosystems threatened by new types of pesticides which stay in the water --eventually there will be a great crash predicts one naturalist.
The lessons we learn about these tiny but tough birds are charming --they've survived everything else but are now in danger simply from a modern world which may not care about song birds.
I see from the credits a longer version is planned for PBS's NOVA but CBC-TV got there first.
SONGBIRDSSOS PREMIERES ON CBC-TV's THE NATURE OF THINGS THURSDAY MARCH 19 AT 8 P.M.
MY RATING: ****.