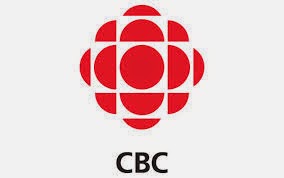 Two big new items both affecting the future of Canadian TV clashed this week for our attention.
First up the president of Bell Kevin Crull told a TV audience in Ottawa that the current model for traditional broadcasters is "fundamentally broken" and "unsustainable."
And in Toronto the CBC our venerable public broadcaster unveiled a tattered schedule for fall 2015 that is barely a schedule at all.
I'm suggesting both events are closely intertwined  and both demonstrate how dangerously close to collapse the whole Canadian broadcasting system has become.
Let's start with Crull's amazing but very true admission.
As reported in The Globe And Mail he's saying CTV is having a fine ratings year in terms of viewers but still projected to lose $40 million.
Like all traditional webs CTV has been losing viewers to specialty channel he says.
But I'm also convinced the real danger comes from Netflix and its imitators.
Crull's solution to me issimplicity itself but I'm not sure it will work.
He wants the CRTC to expel the major U.S. networks which the cable systems still import from such border American cities as Buffalo.
I remember when I first started covering Canadian TV as the TV critic for The Hamilton Spectator in 1970 that cable was then in its infancy.
Many people still had antennae and those antennas were pointed south to Buffalo for the five channels most people watched.
The Canadian networks at that time would release their U.S. acquisitions days before the scheduled American air date.
But gradually they began simulcasting their American product with the U.S. feeds.
That meant they had to run the shows at the very same date and time and the CRTC would allow the cable casters to black out the incoming American signals and substitute the Canadian versions.
I predicted at the time this would ruin Canadian TV.
Because Canadian shows could never compete against the double rating the U.S. shows were getting.
But the Canadian networks loved it because with such huge ratings they could charge premiums for their commercials.
How cable systems will react to dropping their American channels is another matter.
Will subscribers willingly give up something they've enjoyed for over 40 years?
And what should CTV, Global and Citytv promise in return?
I'm hoping they'll agree to up the ante of their Canadian drama series which this season includes hits Motive and Saving Hope.
Look at CBC's fall 2015 schedule which CBC released the other day.
Its one big new drama series Strange Empire got cancelled because CBC can't afford such expensive shows anymore.
The lingering effect of the loss of all that ad revenue from NHL hockey is kicking in big time.
CBC's big "new" show of the 29015 season will be a five episode revival of Michael: Tuesdays and Thursdays.
I liked it three years ago but ratings were infinitesimal --if anything it should be on a cable specialty channel.
Chris Haddock who did so well for CBC with Intelligence is back with a new drama series The Romeo Section.
There are a few other new shows including New Address and Kim's Convenience.
And this is big news: the talented Sudz Sutherland and Jennifer Holmes are returning to CBC with the new drama series Shoot The Messenger.
Murdoch, Heartland , Mr. D, Dragon's Den, Rick Mercer and This Hour Has 22 Minutes and Schitt's Creek are back and so is the sturdy new series X Company for a second season.
There doesn't seem to be any money for Canadian TV movies or miniseries which define the country we live in.
I remember an era when CBC made its own operas and director Norman Campbell won Emmys for some.
I remember when the late great Harry Rasky's "Raskymentaries" were shown on TV networks around the world.
Boy did I cause a stink at CBC when I once ventured that the Corp should be making its own Masterpiece Theatre confections.
On Canadian TV most Canadian culture disappeared years ago never to return.
That means virtually no Canadian opera, ballet, even popular music specials.
CBC seems in free fall with revenues projected to be way, way down.
If Crull sincerely wants Canadian TV to be fixed his plan must also include a rebooting of the CBC.

What I think Canadian networks will do is 2 things push to end Cancon and the big thing is they will tell Canadians we will pick up 100% of all American shows.