The Next Step :Must Viewing for Teens 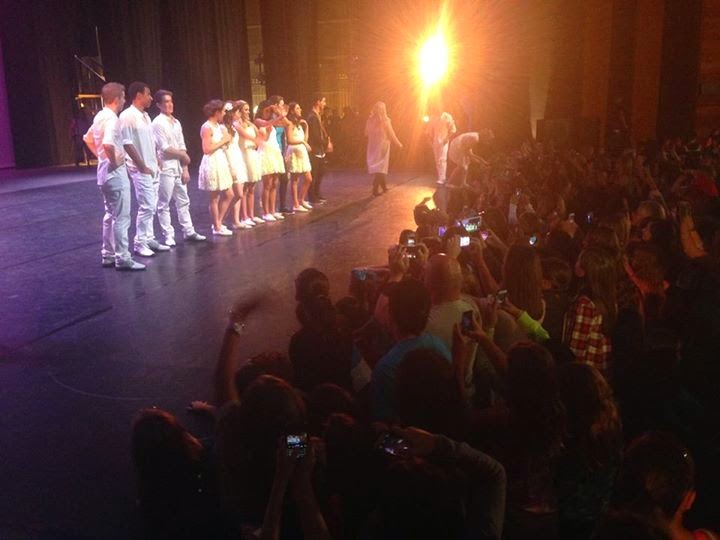 Every year I venture onto the set of The Next Step.
Never heard of this Toronto made TV series?
Then I'm afraid, my friend, you are definitely out of it.
A few days ago I was visiting a Grade Six class across the street from where I live and I asked for a show of hands for anybody who watched this terrific dance series.
A forest of hands went up --far more than when I asked who was watching Degrassi: The Next Generation these days.
"I think we've got Degrassi on the run," laughs creator and director Frank van Keeken (of Temple Street productions).
I look at him closely because he's that familiar.
Way back when he wrote for The Kids In The Hall. But I'm remembering him as an actor on Maniac Mansion and Seinfeld.
When I visited the TLS set in late August van Keeken was shooting all the dance finale scenes one after another at cavernous O'Keefe Centre.
And just to prove his point real life kids from across the city were forking out $5 each to sit in the audience for two hours and just enjoy themselves.
"We shoot a new half hour episode every 1 1/2 days," he says. Take that Degrassi which takes 2 1.2 days for the same effort.
One big plus is the presence of five cameras recording every scene --I've been on L.A. sitcoms where there were three or four cameras but never five.
"The kids have talking points for each dramatic scene," Vvn Keeken  explains. "But there's no memorization of lines. It's what they feel comfortable saying.  Basically they're playing themselves, they know what their character would say."
But since this is the saga of a dance troupe some new members must appear each season and some others must depart.
"It's sad seeing them go," he acknowledges. "But they come back from time to time. And hopefully we've instilled in them a passion for acting which mixed with their great dancing might take them to other heights."
I got to spend some time with the incredibly gorgeous Victoria Baldesarra who is one of the youngest cast members but also just about the prettiest.
She says "it was strange playing the character all last summer and then going back to school and everywhere I'd look the younger school kinds would be looking up at me. My peers tried to have me believe they were above that. But even some of them were awe struck."
When I met her in the summer she has thinking of going the home schooled route this season --I still wonder if that happened.
The past two years have been largely filmed out at Scarborough's Timothy Eaton Technical School which is slated for demolition shortly.
"Any big empty school will do," chuckles van Keeken. "We need a real large gymnasium and a spacious auditorium. Empty classrooms become loading stations for props and scenery."
I remember last year when I ventured up to the school it was lunch break and I watched in awe as some of the guys were involved in a competition out on the front lawn to see who could jump the highest from a standing position.
Not only is The Next Step a TV hit here it also plays to high ratings in England. and Australia.
"That's why we've imported an English girl, this season she's our villain and she's delicious.
"We went over to the U.K. and held auditions and had huge turnouts. I picked Ella because she's lovely but she can
also dance really well".
And as if on cue Gilling steps up and we chat. Working 10 hours a day in humid Toronto weather wasn't her first option for a summer vacation.
"But I'm learning so much. The dancing --every day --it's the best possible training for me. My parents are here for me but as far as visiting and seeing the Toronto sites: too busy!"
She says before she's back on a place for home "I just have to visit Niagara Falls. It's a must!"
Then I had a chance to chat up Lamar Johnson who everyone on set predicts will be the big break out star.
Self taught as a dancer, he later jumped into acting before rediscovering his roots on TNS.
"But this dancing bug didn't desert me. I taught myself hip hop and now I'm into ballet, I really am. The other guys in class were out doing sports, I was always dancing instead.
A graduate of the Wexford school for the Arts he says "Now I can combine acting and dancing and not have to make that choice at least not yet."
Says van Keeken:"The biggest learning curve for these kids is seeing that acting and dancing can mix --just being a dancer is very restrictive in terms of job opportunities. Here we let them explore both sides of their personalities."
The third season of 30 new episodes premieres in Spring 2015 on Family Channel. 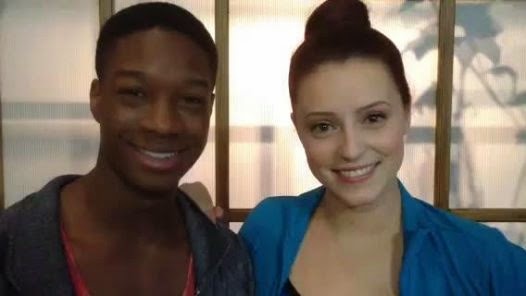