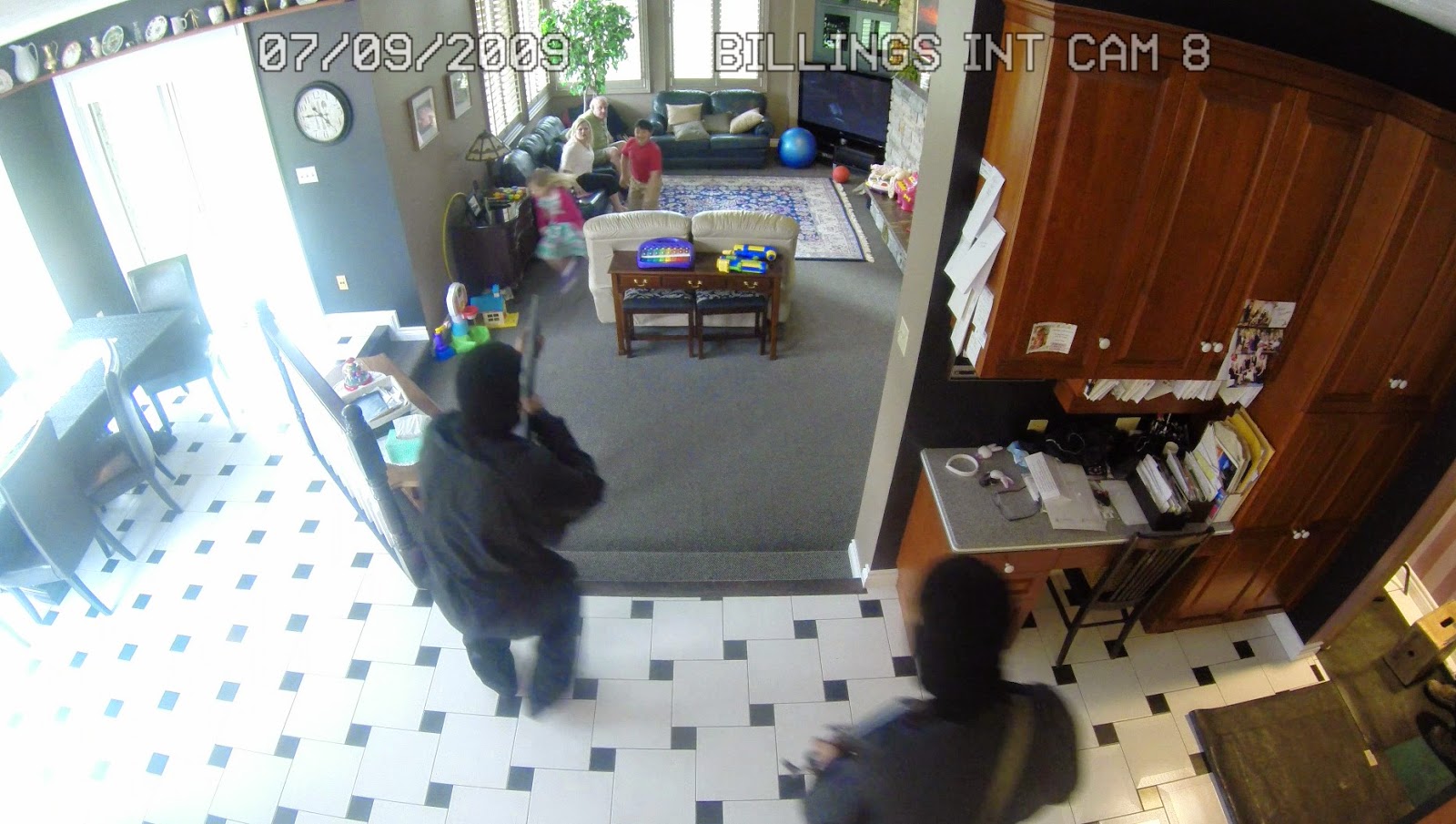 I admit I hesitated just a bit when it came to previewing the first installments of the latest TV reality series titled See No Evil.
But the show is Canadian after all so I decided to go with it.
The first hour premieres on Slice Friday November 7 at 9 p.m.
Well, I was never as pleasantly surprised --this one is expertly stitched together from actuality, recreated scenes, comments of the main participants.
I ended watching both hours and understanding that the tension never lets up.
Quite a few of these recreations of true life murders are readily available these days on American TV.
This one has a very different angle --it's the thesis that in today's world we are constantly being monitored whether we like it or not.
In both cases the crimes are cracked with the help of surveillance cameras plus some pretty fancy footwork by local police.
The first episode is truly a stunner as a well respected man and his wife are viciously gunned down by assailants right in their home. --it is July, 2009.
Their extended family includes adopted children who scatter to hide but the killers are not interested in them.
The Billings family seemed exemplars of Christian family virtues in their neighborhood of Pensacola, Florida, until their grisly executions.
I can understand the local cops wanting to get on camera and explain everything but also interviewed is a next door neighbor and even the grown Billings daughter.
The family had 16 surveillance cameras everywhere except in the bedrooms where the killings took place.
Police are able to spot the two vehicles the killers used but not the license plates.
Dressed in military garb with masks, the killers thought they'd get away with it.
But gradually police begin honing in, looking for one of the vehicles as a starting point.
Then a local convenience store supplies its own video of the same car and the chase is on.
The second hour is if anything even more bizarre as a well liked teenager disappears from her bedroom one night in Star City --her door was locked but the window is wide open.
Again I'm stunned the parents would be willing to be interviewed during a time of grief.
But the girl had run off to party before and they thought she'd surely return home within days.
Says the mom "I knew something was bad wrong."
Her two best teen friends are distraught and then their stories begin changing.
Surveillance video at the housing estate captures teen Shuyler running into a parked car and whizzing off but it is so dark the car cannot be identified.
Police take us through their interrogations of choice suspects but the solving of this one will leave you completely stunned and upset.
Of course my TV critic's oath of honor prevents me giving away either ending.
This one is a co-production between Canada's Saloon Media and the UK's Arrow Media.
It really works because in both cases there is a ton of "actuality" and the puzzle pieces are expertly stitched together proving that in our Brave New World society surveillance is everything.
See No Evil premieres on Slice Friday November 7 at 9 p.m.
My rating: ***1/2.