The Missing: TV At Its Best 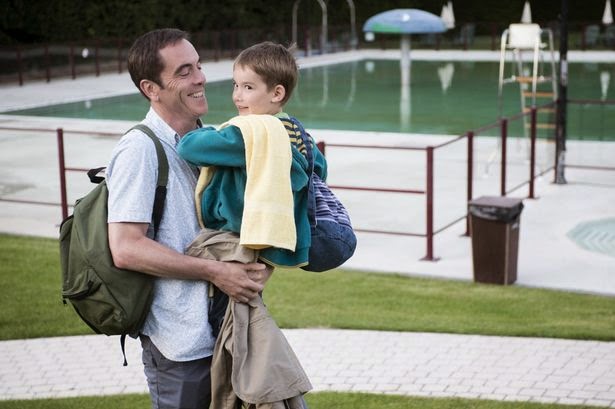 The opening of The Missing, the new British miniseries, is exquisite and totally horrifying.
An average British couple are on vacation in rural France when their five-year old goes completely missing.
There are no clues, no one saw him vanish, he has just ceased to exist.
In other words here is a parent's worst ever nightmare and as the continuing stories over the investigation of Madeleine McCann prove that search may never be over.
This immaculately made eight-hour miniseries is so well done you'll want to watch it even if the subject matter is so very terrifying.
Part One is on Super Channel Wednesday November 26 at 10 p.m. Got that?
But how much is enough?
British TV has recently been hit with a rash of accusations about an unmistakeable to the sordid.
And there are times I wanted to turn away from the first two episodes which I've premiered.
The story is simplicity enough: Tony (James Nesbitt) and Emily Hughes (Frances O'Connor) and adorable Oliver (Oliver Hunt) are stuck in rural France after their rental breaks down.
The location is Chalons du Bois and it is during the World Cup fever of 2006.
Tony loses sight of Oliver in a crowded bar --he releases the boy's hand to clap for victory and the child simply disappears.
The French police are a lumbering lot and it is not until Chief Inspector Julien Baptiste (Tcheky Karyo) arrives by train from Paris that the investigation gets into high gear.
The timeline is a bit blurry because it hops and skips from the present to the past of six years ago --Olivier would now be 12.
Tony has arrived back in Chalons du Bois and he tries to entice the inspector out of retirement --the little boy's scarf has been found and traced back to a used clothing store proving there may be hope.
The miniseries was written (beautifully) by Harry and Jack Williams, sons of playwright Nigel Williams and was directed by Tom Shankland with the emphasis on nuance.
Filming was mostly done in and around Brussels and the sunsets are beautifully caught, the laid back lifestyle of the locals a counter point to what is happening in the hearts and minds of the principals.
But let us not forget The Missing is a thriller.
Everything is geared to put that knot back in your stomach as often as possible every hour.
There is the screeching soundtrack that really got to me.
It's like a jigsaw puzzle that you can't completely solve.
And at the center of the action there's Nesbitt who is quite remarkable in holding everything together.
I couldn't turn away even when wanting to which is the mark of great TV.
THE MISSING PREMIERES ON SUPER CHANNEL WEDNESDAY NOVEMBER 26 AT 10 P.M.
MY RATING:****.