There Still Is Greatness On Canadian TV 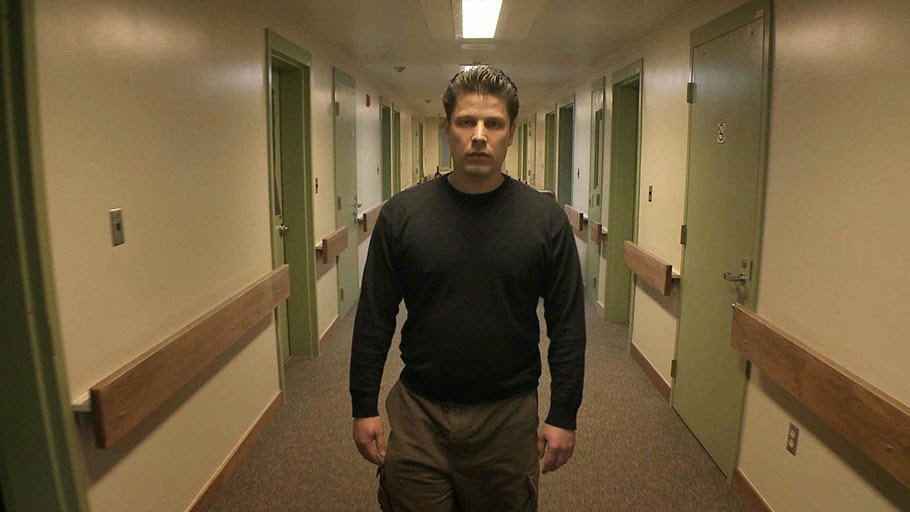 In ye olden days --just a few years back actually --a documentary feature of the depth of Out Of Mind, Out Of Sight would have gotten major play on CBC-TV.
After all the director is John Kastner whose work I have been covering since I became the kid TV critic at The Hamilton Spectator in 1971.
Kastner has won  fistful of Emmys over the years and a new Kastner production used to be a big feature of every TV season on CBC along with the latest "Raskymentary" by another perennial Emmy winner the late, great Harry Rasky.
But Kastner's latest epic Out Of Sight, Out Of Mind is premiering on TV  Wednesday night at 9 on TVO which still champions the long form documentary.
This one is a sort of sequel to Kastner's last docu  2013's NCR: Not Criminally Responsible which focused on one inmate, violent offender Sean Clifton.
And over the weekend it won the "best feature documentary" at Toronto's Hot Docs festival.
This time Kastner examines in depth four very different inmates --he and his crew got almost unlimited access to the Brockville Mental Health Center.
Over 18 months he photographed 46 patients and 76 staff members ultimately focusing on just four patients all of them studies in contrasts.
We get to meet them, we think we understand where they're coming from but we never do. Because all four have dangerous pasts and they still grapple all day every day with their schizophrenia.
At first Michael dazzles us with his quiet ways, he is very handsome and understands what he did. The camera seems to rest on his beautiful face as we come to understand how sick he still is.
In one strangely unsettling scene his two brothers, sister and father watch a succession of images of the mother who was herself a real beauty --all the time they must grapple with the reality Michael killed her in a rage and then calmly telephoned the police.
"He was always the smartest person in the room," says younger brother John.
Sal is a very different character. He has had romances with other inmates. His mood swings are astonishing --and we learn he beat his mother so severely she continues to have serious neurological challenges.
Staff are caught laughing that the females on the floor are always more difficult to handle. It's an odd moment of hilarity that curiously fits the atmosphere of "Brock Psych".
Another strange moment comes when we're shown how patients evade taking their meds (they keep the pills under their tongues and spit them out later).
There is Carol whose mood swings are wild and unpredictable. And there is Justine who once was an institution mate of Ashley Smith and who exhibits the same scary behavior.
These patients have all committed serious crimes but were ruled not criminally responsible by the courts.
Kastner's method has always been to force the audience to take a stand. I well remember he got that feeling with the 1984 documentary The Lifer And the Lady (still his best)  and he achieved it again in 2007's Monster In The Family.
This means a deliberately show speed, an abundance of closely realized details, and getting these subjects to completely trust him.
The build up of emotions is sometimes hard to watch but it's just as difficult trying to turn away.
For example there's Michael's fear of being sent off to a group home where he thinks others may judge him.
Kastner as always asks a lot of the TV audience. Out Of Sight, Out Of Mind challenges us to invest a lot of our time and emotions with the knowledge there are no easy answers.
But the rewards are certainly plentiful --TV for the adult mind, certainly a rarity these days.
OUT OF SIGHT, OUT OF MIND PREMIERES ON TV ONTARIO WEDNESDAY MAY 7 AT 9 P.M. WITH A REPEAT AT MIDNIGHT.
NOTE IT IS ALSO AVAILABLE FOR STREAMING AT DOCSTUDIO.TVO.ORG BEGINNING MAY 8.
MY RATING: ****.