Canadian TV May Soon Be Extinct 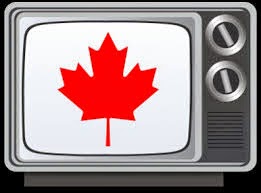 The trouble with Canadian TV is that there's not much Canadian on your networks."
The speaker was a British friend of mine who happened to be traveling through and sat down in her hotel suite to catch the latest Canadian specials, series and miniseries.
"You have all those American signals beaming in and then you have those same American shows broadcast at exactly the same time period on the Canadian stations," she said.
And she's exactly right.
In many areas Canadian producers have given up trying.
Many of the so-called Canadian content series are thinly disguised American fodder for quick release to the U.S. networks.
I'm thinking of Saving Hope (which I like) which could take place in any midwestern American city.
I'm thinking of Motive (which I always watch), set in Vancouver, but it could be Seattle for U.S. fans.
I adore Orphan Black. It is truly Canadian outside of the talent both behind and in front of the camera.
In other areas like afternoon soaps and night time talk shows there's never been a Canadian presence.
In fact I was recently at a high class dinner where the hostess said there'd never ever been a Canadian TV soap.
"High Hopes!" I sputtered in mock indignation.
I was on the set up at CFTO. It ran a full season (1978)  in the afternoon syndicated across Canada and the U.S.
The star was that fine actor (Bruce Gray. And I got to interview Dorothy Malone who was guesting for a week or two.
Other Canadian actors included Gordon Thomson (later on Dynasty), Jayne Eastwood, Candace O'Connor and Colin Fox.
"And let's not forget Riverdale," I stated warming to the topic. "Linda Schuyler of DeGrassi High fame made it for a year of runs at 7 p.m. on CBC. The sets are still up and were later used for Paradise Falls which certainly counts as a raunchy soap."
But she was right soaps are not a Canadian tradition.
but we did have a fine tradition of making TV movies on distinctly Canadian subjects.
the CRTC allowed its strictures about content regarded scripted shows to fizzle out and all the networks dropped their bags of Canadian TV movie goodies.
Now we're reading the CRTC annual report saying revenues on Canadian stations are plummeting.
But what Canadian shows are affected I would like to ask you.
Every May all the Canadian TV programmers trek to L.A. for weeks of darkened screening rooms as they buy up virtually all the new American product for the upcoming year.
The Good, The Bad and The Ugly as one programmer aptly titled his haul.
Maybe it's the mediocrity of this harvest but more and more Canadian programmers are switching to Netflicks, Hulu, AOL, even Amazon which now offer quality fare.
For years the Canadian stations have been fascinated with their bags of American goodies.
Maybe just once they should start promoting Canadian shows.
And we could all see how Canadians react to this wind fall.
Canadian TV for and about Canadians?
Maybe its time has come.