Memories Of TV Press Junkets Past 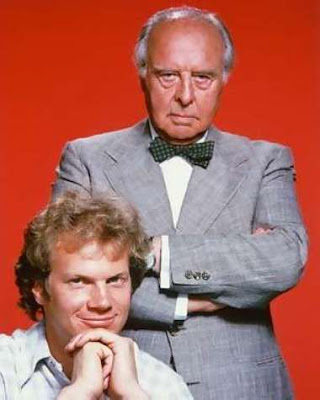 Reading the copy from the latest TV Critics Junket in L.A. has me reminiscing about all those great actors I interviewed over the years on junkets past and whatever happened to them.
LIKE:
+JAMES STEPHENS I met on the 1978 TV Critics tour --he was the star of one of the best series of the time, the Paper Chase which first ran on CBS and after cancellation moved over to the new cable weblet Showtime where it appeared on and off until 1986.
Stephens seemed to have everything going for him. Doughty co-star John Houseman pronounced him "every bit as good" as Timothy Bridges who starred in the opriginal movie.
And for a time Stephens flourished --he had recurring role on Cagney And Lacey and co-starred in The Father Dowling Murder Mysteries. But IMDB says his TV acting career ended in 1999. Anybody out there know what happened to the talented James Stephens?
+BESS ARMSTRONG I first met on the 1977 tour as the star of a bright new CBS sitcom On Our Own which alas only lasted the season. She subsisted on TV flicks after that before graduating to the big screen opposite Tom Selleck in 1983's High Road To China.
She was back on TV in the 1986 series All Is Forgiven which I've completely forgotten but scored highly as the energetic mother on My So-Called Life in 1994. And she's made occasional appearances on One Tree Hill.
I still think she had the makings of another Mary Tyler Moore.
+JULIA DUFFY I met first in 1982 when on a visit to the new CBS sitcom Newhart. Simply stated she stole the show as the splendidly vain Stephanie Vanderkellen--she was nominated seven times as best supporting actress at Emmy time but never won. Later on there was a reincarnation on Designing Women but a stint on the very dire sitcom The Mommies did not help at all. Ditto a turn on Reba. I missed her last one Drake & Josh (2004) altogether but I'm still hoping for a stroing TV sitcom return, she's that good.
+HUNT BLOCK was the replacement for Alec Baldwin on Knots Landing when I had lunch with him in L.A. in 1987. A good looker he was also a very serious actor and I touted him highly in my positive profile. But a Star secretary goofed and sent him the page proof instead of the finished article where I'd deleted stuff he read and considered unfavorable. I still liked him the last time I saw him on The Guiding Light.
+TERI ASTIN was another Knots Landing regular when I first met her in 1989 in a San Fernando Valley restaurant. She's one of us --a Canadian who went to York University before landing the plum assignment of Jill Bennett. She worked steadily over the next decade on both CBC shows (Street Legal) and Hollywood stuff (Seinfeld) But Gangland made in 2001 is her last credit --I'm told by friends she works sheltering animals in L.A, these days.
+PAUL RUDD I first met on the set of 1972's Beacon Hill,the CBS spin off from Upstairs, Downstairs. And in 1984 I bumped into him again on the set of Knots Landing. Then he seemed to disappear. Turns out he became a drama professor at Bryn Mawr and died in 2010 aged 70.
What I'm tyring to say I guess is that TV fame is fleeting even p[recarious. So what if you happen to be young, good looking and extremely talented. Without luck it's simply not enough.