Fall Season Is Starting On History 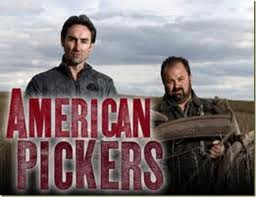 Tune in Tuesday night on History Television and you'll get the first rush of the fall TV season beginning with a new show for Canadians, Brad Meltzer's Decoded.
Here is the perfect series for Americans who have always harborted paranoidal tendencies when it comes to conspiracy theories.
But I can't see a similar show about Canada working. It's not just that we don't have the reach of the colossus to the South. It's also our approach to politics and history which is relatively free of assassinations.
Every week Meltzer and his history detectives Christine McKinley, Buddy Levy and Scott Rolle tackle one of the big unsolved mysteries out there, wrestle it to the ground and either debunk it or explain what really happens.
Whew! This isn't just another American Reality Show faced with sexy imbeciles who sit around and talk aimlessly.
The focus is strictly on history and depth of research. And trust me it can be very exciting.
First up is the controversy over the cornerstone of the White House. Legend has it that the huge hunk of granite was stolen by the Masons as the building was being refurbished after the War of 1812.
If that's true where is it today? And how did the workmen back then manage to bundle off a slab of granite weighing thousands of pounds?
McKinley is the mechanical engineer among the bunch and she crunches the numbers and seems to insist it just couldn't be done.
Levy, a former teacher, can be found deep inside research libraries as he searches through the arcane memorabilia of the past.
Rolle is a former attorney who asks the edgy questions and refuses to believe anything he hears without proper evidence.
This adventure takes us inside Mason headquarters where we find a large hunk of a cornerstone that was donated to the Mason library by President Harry S . Truman, himself a Mason. Hmmmm.
But things really get complicated when we learn one of the cornerstones of the American Congress also went missing.
Lots of smart talk, running around and furious debate keep us watching . I won't tell the ending but "Conspiratorialists" won't believe it anyway.
Later episodes will deal with Confederate Gold, D.B. Cooper, Statute of Liberty, The Lincoln Assassination --American history is deliciously filled with paranoid possibilities. It's enough to make this Canadian wonder why we're always being left out of this game.
And then at 9 p.m. there's the new season of Pawn stars which is set in Las Vegas. Only we never get to visit The Strip.
This here's a store-based series (specifically the Gold & Silver Pawn Shop) where people come in and try to get various members of the Harrison family to pay for their baubles and trinkets.
There are some history lessons to be learned as experts are trotted in and one guy says a fellow's collection of Harry Houdini shackles are the real thing and worth upwards of $600 --and he goes about telling us how Houdini really did manage his escape tricks.
I like this one although friends complain there's too much talking a promoting the pawn shop but students of character motivation must wonder at some of the dudes entering this store. Most routinely accept far less for their treasures just because they don't want to trudge around and get involved with more haggling at the next store.
And the best item the first week out? It's a mixing machine made during Prohibition when cheap bath tun gin tasted so bad it had to be mixed with other ingredients just to keep it down.
Then along comes a new season of American Pickers at 10 p.m..
Some friends asked me why this aw shucks reality outing is on History. I have no problems with that. It's pop history to be sure.
Our two protagonists Mike Wolfe and Frank Fritz play at being good ole boys from Iowa but they're really American entrepreneurs on the hunt for what's called "Rusty Gold".
Sure, they're acting up for the camera --it's strange the long suffering cameraman is never mentioned but his job has to be the hardest of all. You better believe every scene is set and and rehearsed as both sides have to say certain things to keep the momentum going.
The idea of watching two grown men picking through dust and dirt makes for a kind of flip side to Antique Roadshow where everyone is so genteel and the antiques freshly buffed to a sheen..
And, yes, there are some history lessons to be learned although the boys do tend to gravitate to old bicycles and motorcycles.
This week, for example, we got a lesson in the history of pinball machines that was instructive. And when things quieten down the two of them play at being Laurel and Hardy.
BRAD MELTZER'S DECODED PREMIERES ON HISTORY TUESD. AUG. 30 AT 8 P.M.
MY RATING: *** 1/2.
PAWN STARS RETURNS TO HISTORY ON TUESD. AUG. 30 AT 9 P.M.
MY RATING: **1/2.
AMERICAN PICKERS RETURNS TO HISTORY AT 10 P.M.
MY RATING: ***.