Big TV Question Of The Week 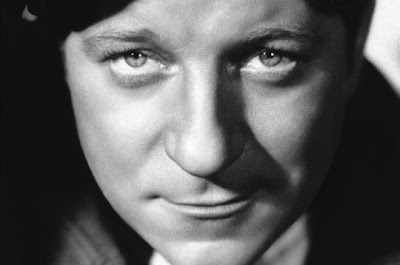 Your most asked question on TV this week?
No it has nothing to do with Christine O'Donnell's walking off CNN's Piers Morgan show.
And nothing to do with any of the fall TV series all lined up to debut within weeks.
I'm not kidding by stating that at several places on Friday afternoon I was asked why two Jimmy Cagney flicks (The Crowds Roars and White Heat) wound up as part of TCM's Jean Gabin daylong salute.
You see I'm always addressing this question with Turner Classic Movies.
Ans several years back when I had the chance to interview host Robert Osborne he answered matter of factly.
I remember telling Osborne that after he introduced a Claude Rains movie that was obviously going to be Notorious instead TCM substituted another Rain flick Saturday's Children.
How did that happen I asked. A little old lady down the street said she watched Osborne introduce Rains in a bit of Hitchcockian intrigue and instead up came Rains in a glum Depression drama.
"We don't have the Canadian TV rights to Notorious, somebody else does," Osborne patiently explained.
In fact the differences between the U.S. schedule and the Canadian schedule amounts to about seven per cent of all titles.
So I'm thinking that in case of great French star Gabin profiled on Thursday TCM did not have the rights to Grand Illusion at 10 and Touchez Pas Au Grisby at 2 a.m. Other Gabin titles could not substituted because simply stated there were no other Gabin movies available.
Unfortunately the introductions aren't changed for the Canadian feed.
The only suggestion I have is to consult the separate Canadian schedule on TCM.com.
Odsborne told me it would take years to get complete rights for all films shown on TCM.
I'm not grousing mind you. I managed to see Gabin in the 1934 classic Maria Chapdelaine which I'll wager has never been seen in decades on North American TV.
Osborne himself isn't being seen on TCM these days --he's on a three month leave of absence after minor surgery. So Ben Mankiewicz is substituting for him on most occasions.