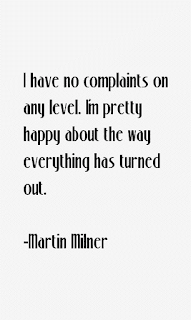 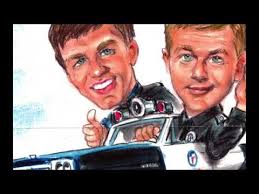 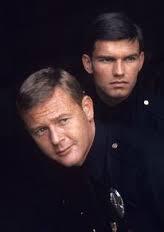 I'm finally getting around to saluting Martin Milner --the talented TV star died of heart failure September 15, 2015.
In a business filled with bruised egos Marty was a standout --he was well educated and read, quiet and introspective with one wife he adored and a slew of kids none of whom followed him into the acting business.
The first time we met was in a penthouse suite at the Century Plaza hotel in 1971 where Milner was tub thumping for his long running series Adam-12.
We chatted first about his upbringing."I had a normal childhood until my family moved to Los Angeles and I pestered them if I could go to acting school. Instead they got me an agent who arranged a test as the youngest boy in thje 1947 flick Life With Father.
"I played John Day and Bill Powell and Irene Dunne were my parents and a cutie Liz Taylor was my 15-year old cousin. I thought I had it made and then two weeks later I contracted polio and was out until I got a bit in the 1949 John Wayne flick Sands Of Two Jima and then I graduated from Hollywood High School.
I said I'd recently seen him on TV in Mister Roberts (12955) opposite Hank Fonda and Jimmy Cagney.
"Yup, that was a thrill. On another war flick Halls Of Montezuma I met one of the stars Jack Webb and he used me a lot on his radio series Dragnet which he later took to TV as a series."


I asked him if I could ask a few questions about Route 66 the sensational CBS drama show he had headlined from 1960 toc1964.
"Why not!" he grinned. "It's just about the best TV series of its time. Stirling Silliphant created it and wrote most of the scripts and I auditioned and won the role of Tod Stiles.
"I wasn't a complete unknown. Stirling had seen me in the 1959 movie Compulsion where I was Diane Varsi's beau.
"The movie of that era I'm still asked about is Sweet Smell Of Success (1957) as the jazz musician Steve Dallas. If you know the movie you'll remember the fabulous work of Burt Lancaster."
I was sure I'd seen him, on a lot of various TV shows.
"Oh, I did everything--lots of live TV shows then Desilu Playhouse, The Life Of Riley where I had a recurring part, The West Point Story, Twilight Zone. I took everything because I was young and wanted to learn the business."
The star of Route 66 was Tod;'s Chevrolet Corvette and Milner said there were several substitutes in case the main car wasn't working.
"We filmed in 40 states and often pretty far from the real Route 66. The producers were always after unusual locations.
"Some pretty big stars guested. They were usually billeted at the local motel. Guest star Joan Crawford was furious her room lacked a full scale mirror."
Milner's co-star was George Maharis who played Buz Murdoch.
"Physically we were different. Mentally George was an intense Method actor while I was all American. The contrast was played up in stories."
Milner says he took his wife and kids along on the extended shoots. "I certainly got to know the country. Also yours --several episodes were filmed in western Canada."
Maharis left in the third season to be replaced by Glenn Corbett but the show only lasted another season and a half expiring in 1964.
In 1968 Milner was at it again as LAPD officer Pete Malloy opposite Kent McCord.
"Jack Webb was the creator and this was a reworking of Dragnet. I'd worked with him before but he took me out to the parking lot to make sure I could really drive. I'd been driving for four years on Route 66 --of course I drove every working day for the next seven years!"
The last time I met Milner was  in 1975 on the set of Swiss Family Robinson filmed on the 20th Century Fox lot. Irwin Allen who made all those disaster flicks showed me the fake volcano constructed at one end of a gigantic sound stage.
He told me to press a button which I did and fake lava started bubbling forth.
Milner later blamed the failure of SFR on the amount of money spent on special effects and the lack of investment in scripts.
He kept acting but also co-hosted a morning radio show in San Diego.
I talked to him on the phone when he was making the ABC series Life Goes On for ABC in 1992. "I'm the geezer," he laughed. "You can't miss me."
He last acted on an episode of Diagnosis: Murder in 1997 and publicly groused he'd never been asked to do Murder, She Wrote.
A fine actor and friend without the usual egotistical trappings, Marty died at his Carlsbad, California, home, aged 83, September 6, 2015.