Bell Media Cuts Only The Beginning 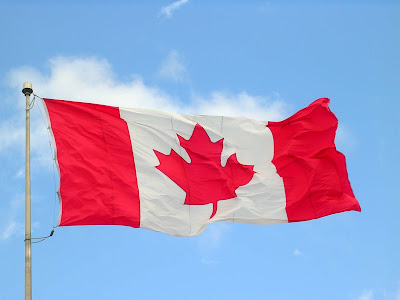 Canadian TV is in terrible shape and the huge cuts at Bell Media are only the beginning.
Technology is making Canadian TV redundant.
The other day when I was chatting up a Grade Six class I was told by almost all students that they never watched "regular:" TV.
What they meant was they switch their fave TV shows to their phones or tablets and watch later at their own leisure.
The old tyranny of the networks dictating when we coul;d watch programs is gone forever.
Bell is the first network to dispose of some of the most reliable names in the TV biz.
Long time Off The Record host Michael Landsberg has been bumped and will now produce segments for other shows.
Among the other casualties: CTV News Ottawa co-anchor Carol Anne Mehan, Ottawa sports reporter Carolyn Waldo, CTV Morning Licve's Lois Lee, CFRB host Mike Toth, TSN co-host David Basti,
CFTO anchor Bill Hutchinson, CFTO sportscaster Suneel Joshi, CTV News anchor Dan Matheson.
Many were highly respected in their fields.
Waldo twittered her farewell: "It was a wonderful 25 years at CTV."

But the fact is people are starting to watch TV in different ways.
Part of the problem has been the tendency of the three big Canadian TV networks (Bell, Rogers and Shaw) to rush down to Hollywood in the spring and buy up all the new American shows even the bombs.
This year the Canadian networks forked out almost $700million.
Why? Because it is simply cheaper to buy a new U.S. series for $50,000 an episode rather than make a Canadian one.
And the picks for this season are bombing at an unprecedented rate.
CTV was actually the best of the bunch in promoting Canadian drama series including Motive, Saving Hope and the Listener.
But Bell badly bungled in the sports department letting Rogers run off with most NHL hockey (great Canadian content) as well as the surging Blue Jays.
Over at CBC things are just as tough.
"The fall schedule has bombed," one insider tells me. "The old reliables including Rick Mercer, 22 Minmutes and Heartland have done OK but The Romeo Section attracted less than 200,000 viewers for the entire country.
"All the publicists were dumped and the new bunch refuses to send out tapes for review or to arrange interviews.
"Even the National is under 500,000 many nights of the week.
"Canadian TV may be in a terminal situation."

What could be more 'Canadian' than for Canadian networks mandated to do 'Canadian' productions spending $700 Million from Canadians to buy - American - eh.

Here's a thought - $ 1 million per episode of real CANADIAN would mean 700 episodes per year of - REAL Canadian shows.

Because there are over 3 MILLION dual-citizenship Americans in Canada who run, control, and own everything in Canada, plus far more minions - using Canadians' money to honour the U.S. oath of loyalty that all Americans, where-ever they are, and they are everywhere - "BUY AMERICAN" - using other nations' money to do it.

If you stock the shelves with Canadian product, TV and Film consumers may one day find that they enjoy it as much any other. When that happens, consumers from around the globe will buy, watch and enjoy shows made in Canada, with Canadian budgets by Canadian labour. We need more shelf space.