What Will You Watch This Weekend? 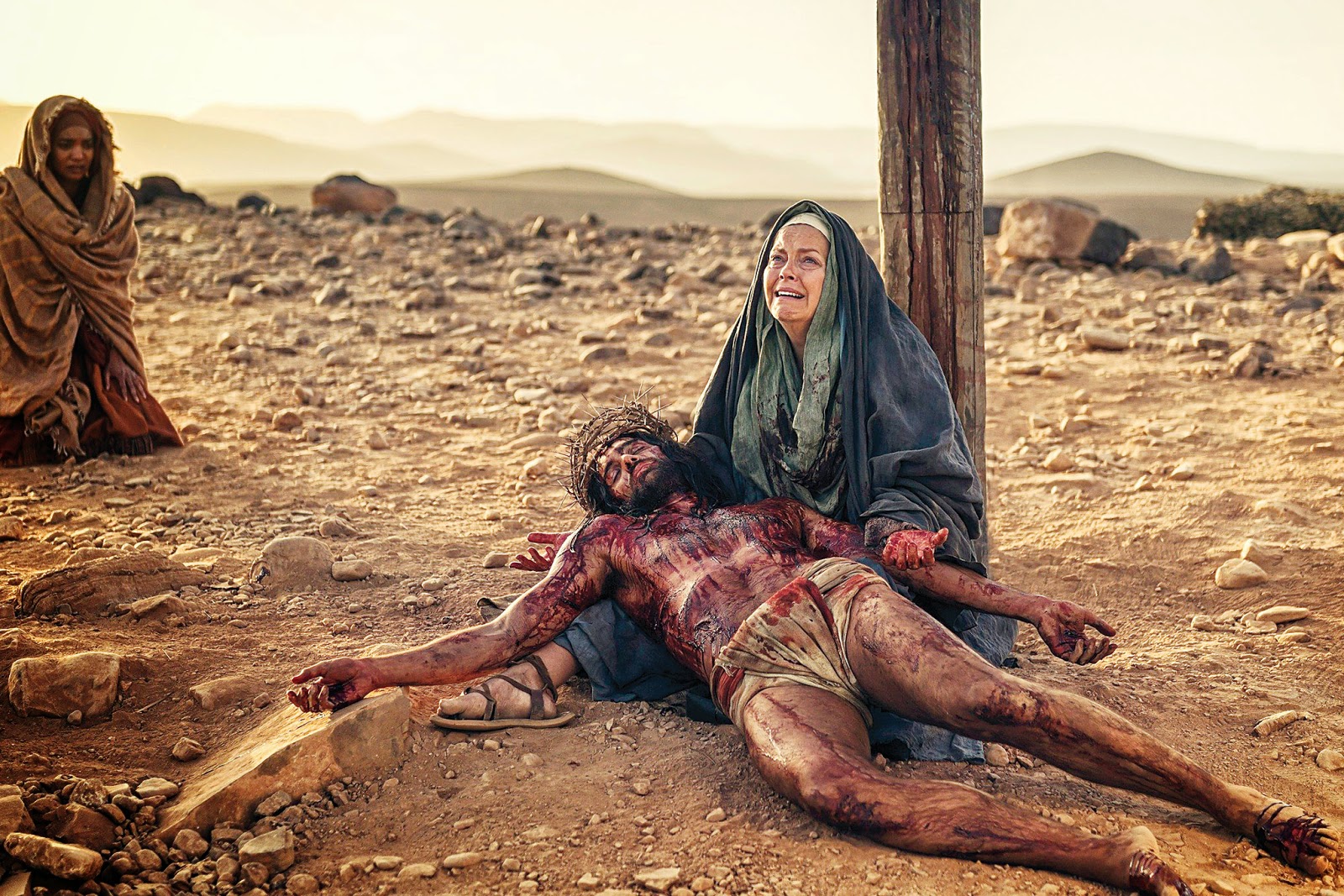 So what will it be this Easter weekend?
Jesus Christ or Don Draper?
No, I'm not bering irreligious. The TV choice has never been as stark.
Don Draper is down to his last six episodes as Mad Men winds up a long and critically thunderous six seasons.
But my money is on NBC's A.D. The Bible Continues which started up on History Channel in the U.S.
It starts up Sunday night at 9 on CTV and NBC.
The first portion ran on the U.S. History Channel in 2013 was a huge ratings hit and NBC immediately bought into a sort of sequel that will run 12 weeks as the Apostles battle back against heathen Rome.
In Canada The Bible was up against NHL hockey and guess who was the winner?
The Bible, of course.
The first new episode emerges as a straight forward look at the crucifixion and the denial by Peter (Adam Levy) that he ever knew Jesus.
What emerges is a very prosaic interpretation of the New Testament produced by Mark Burnett and Roma Downey (Touched By An Angel).
They are currently remaking Ben-Hur for TV. Let's just see how they stage that famous chariot race!
I find the British accents more than a little strange and the earnest adaptation takes much of the glory out of the story.
If Vincent Regan playing Pontius Pilate seems familiar you can also currently see him in The Royals playing the King of England.
Richard Coyle is the High Priest Caiaphas who must break the "bad news" that Jesus has risen from the dead.
Downey is not back as Jesus' mother Mary but has been succeeded by British actress Greta Scacchi who is just fine if understandably always anguished.
Most of the story line is there although the sets at time seem to be out of Cecil B. DeMille.
The women sport thick modern cosmetics surely not permitted in that society.
Juan Pablo Di Pace is Jesus in a very understated if completely sincere performance.
CBS already jumped on the religious bandwagon last week with the two-part miniseries The Dovekeepers starring which retold the Masada story but from a female perspective.
The original TV Bible manages deftly to skirt around most of the controversial themes.
The original 10-part The Bible told everything in such a rushed fashion. This "sequel" is far more leisurely.
One critic has said there is a lot of House Of Cards in all this and he's right.
All the big U.S. networks passed on the first series. Now all are scrambling to get on board.
The material is so rich that this thin adaptation was bound to be a bit of a disappointment but it will find its audience.
I was continually underwhelmed or maybe I just naturally expected so much more.
I have nothing against this version except it lacks true passion,.
And, yes, there is a line in there that I immediately thought summed it all up.
It's when Pilate thunders "It's time we shut this story down."
Which couldn't have been said better.
A.D. THE BIBLE PREMIERES ON CTV SUNDAY, APRIL 5 AT (9 P.M. ON CTV AND NBC.
MY RATING: ***1/2.