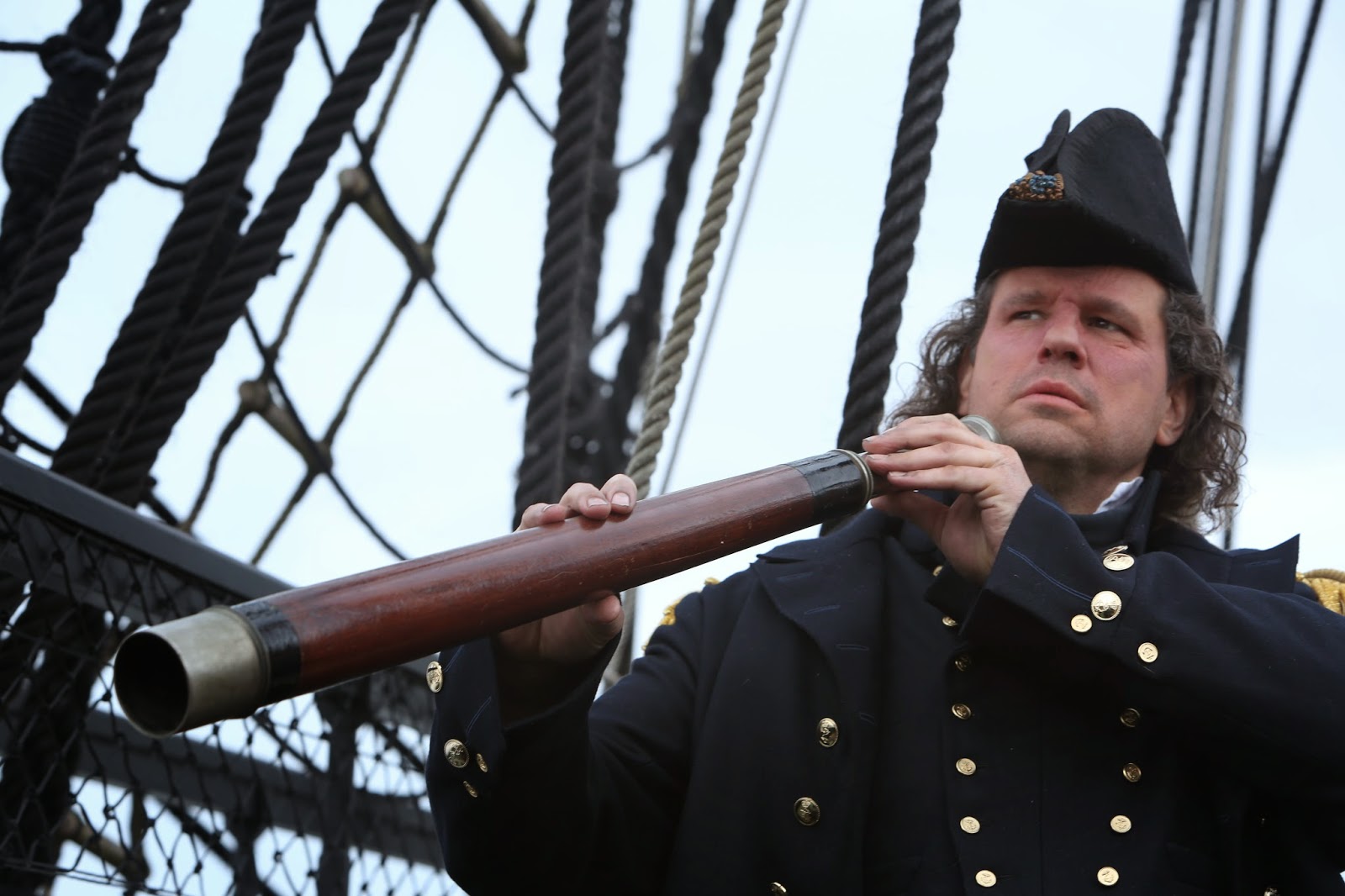 It's a case of saving the best for the last as The Nature Of Things waits until its final hour of the season to unveil the sensational new dramatic documentary Franklin's Lost Ships.
This one is a model of how to make a documentary come alive even though most of the principals died around 1850.
You can catch it Thursday at 8 p.m. on CBC-TV's The Nature Of Things.
How often is a Canadian production simply the best on TV for the week?
Franklin's Last Ships is a co-production with Britain's Channel 4 and PBS's Nova but CBC-TV gets there first.
A little background: in 1845 British captain John Franklin sailed from England and headed for Canada's Arctic determined to locate the long sought after Northwest Passage.
On board his two vessels the Erebus and Terror were 129 men.
Nobody ever saw them alive again --that was the official story.
Nobody but the Inuit.
"There are Inuit stories of cannibalism on the ship," says producer/director Andrew Gregg of 90th Parallel Productions whose masterful recreation will keep you watching --and even hoping against hope.
"Inuit spotted the ship but did not venture on board because the few men left were behaving erratically. Only later when smoke from the stack had ceased and they could see footprints leading away from the vessel did they venture on to the deck and that was to search for metal items they could use --and also wood which was so rare to them."
After Franklin's disappearance many search parties were mounted but no survivors were found and both ships had mysteriously disappeared.
"The scale of the search area is just enormous," Gregg says on the phone. "The Inuit stories were not believed because Victorian heroes simply did not behave like that. Today we know the Inuit were absolutely correct."
Gregg faced immense challenges in laying out the contours of this 170 year old mystery. But he thinks many key elements will be explained for the first time.
And I think he very accurately gets into the mindset of these Victorians --remember in 1845 Britain was the world's most impressive power ruling a quarter of the earth's land surfaces.
"This expedition had all sorts of advantages nobody had ever had before. There were enough canned goods to last three years.  There was indoor heating. But they got stuck in the ice and there was no summer thaw. They finally left in orderly fashion. The elements got these last survivors."
Just as this hour debuts on CBC Parks Canada has announced another dive at the site of the sunken Erebus searching for additional artifacts.
"On camera we catch the initial dive and one diver's comment that it is the most important one he will ever make."
This January in Penetanguishene Gregg filmed his dramatic recreations in appropriately frigid water. These scenes so filled with human conflict are seamlessly stitched into the narrative and really worked for me.
Scenes of Victorian England were filmed outside Newcastle. That recreation shows a collective mindset very much contrary to modern thinking.
Still to be discovered is Franklin's grave. "But one Inuit said an ancestor told him the body was buried encased in what must have been cement which was carried on the expedition."
Gregg says he was surprised relatively few Britons know about Franklin these days whereas the mystery of the expedition is an important part of Canadian historical lore.
In fact I think Gregg has enough material for a long and exciting big budgeted movie which would be powerful stuff because it is all true.
FRANKLIN'S LOST SHIPS PREMIERES ON CBC-TV's THE NATURE OF THINGS THURSDAY APRIL 9 AT 8 P.M.
MY RATING: ****.