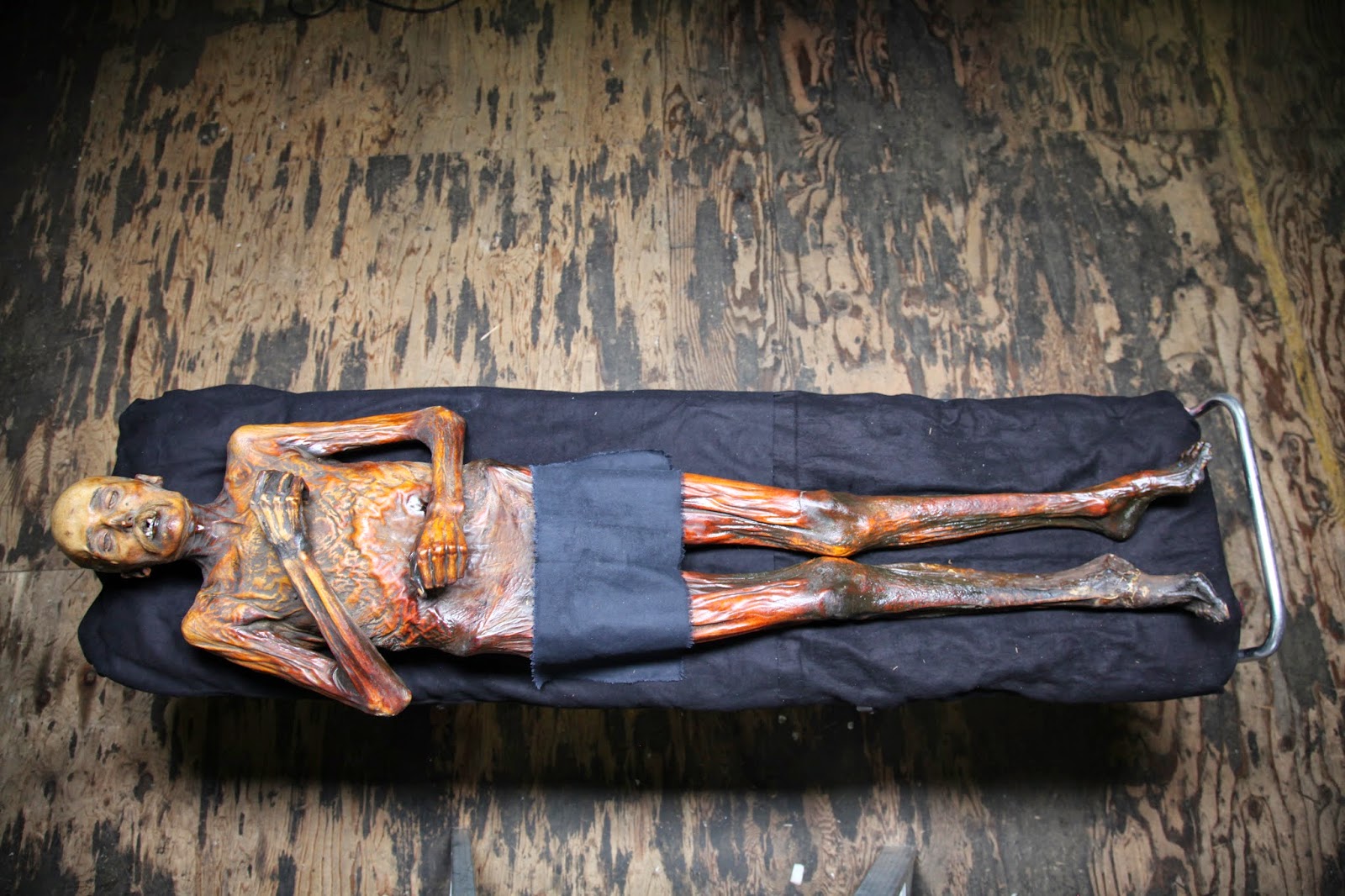 Boy was I surprised --I got a three episode preview of the new TV series Mummies Alive and figured it would all be set in ancient Egypt.
But the opener, The Gunslinger Mummy, premiering Sunday April 19 on History at 10 p.m. looks at the mummified remains of a n old west American gunfighter with a bullet hole through his chest.
And the episode on April 26, Buried In A Bog, solves the mystery of two Iron Age mummies retrieved from an Irish bog.
The third hour on May 3 tries to solve a truly cold case murder --the death of a Neolithic warrior buried in the Ice of the Italian Alps for 5,300 years.
I'm not at all surprised this series is so terrific --it was made by Canada's Saloon Media (in co-production with UK's Impossible Factual) in association with Shaw Media.
Saloon Media made the eight-part series Miracles Decoded which people are still talking about as well as See No Evil which ran on Slice.
Mummies Alive runs for six weeks and is narrated by Jason Priestley (Steve Gamester is the series producer).
The Gunslinger Mummy looks at the mummified remains of a gunslinger that was on display in several western saloons --he is nicknamed Sylvester but he is stunningly preserved for his time and was last on display at Ye Old Curiosity Shoppe.
The amount of information learned about Sylvester from CG animation is amazing. His life as a con man can be ascertained and we also learn about nineteenth century embalming techniques which used arsenic as a preservative.
Mummies were often displayed at funeral parlors as examples of the undertaker's art.
In fact this individual may even be the same mummy captured in a vintage photograph.
Researches show how me must have died, how the "bullet hole" was made and the real cause of death.
I'd say this is one of the most fascinating TV autopsies I've ever seen, a brilliant stitching together of interviews, reconstructed drama and superb expert analysis.
Episode 2 Buried In A Bog starts with the discovery of an almost perfectly preserved but headless torso discovered in an Irish peat bog.
At first foul play is suspected and the police called in only to discover that after carbon testing that a murder was certainly committed but it was 2400 years ago.
Experts take us back to an Iron Age civilization and explain the importance of the artifacts scattered near the body --and this corpse is compared to a similar corpse from the same date at another nearby peat bog.
The climate of the time, the desperate search for food, the role of Druids in worship of the sun, the bad harvests --all contributed to these double murders which get solved through modern CG animation.
Episode 3 Otzi The Iceman looks at the mummified remains of a Neolithic warrior murdered high in the Alps some 5,300 years ago.
I think this the best of the bunch --a way of life in the lower pastures is re-created, the contents of the man's stomach are even examined as well as his unusual murder.
We see his strange shoe, his bearskin cap, his copper axe which was left where he was killed, even the fact he suffered from arthritis in the knees --all explained by forensic pathologist Dr. Richard Shepherd.
And Global warming means more such bodies may be recovered in the future.
Mummies Alive is not only the most unusual documentary series of the season I think it is also the best.
MUMMIES ALIVE DEBUTS ON HISTORY SUNDAY APRIL 19 AT 10 P.M.
MY RATING: ****.