The Nature Of Things Deserves Preserving 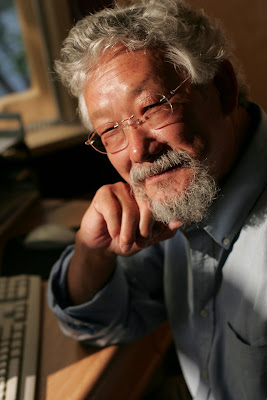 Big news of the fall Canadian TV season is the mighty crash in the ratings of most CBC-TV series.
To me it means that more than ever CBC needs to preserve and enrich its crown jewels among which I number The National, Hockey Night In Canada and the Nature Of Things, Canadian TV's longest running scripted series.
A few years back there were rumblings at CBC that NOT's day was numbered and it would fold after its record breaking 50th season.
That didn't happen. Instead a period of benign neglect set in.
And don't forget the competition from such cable channels as Discovery and TLC.
But so far this season the crop of NOT's documentaries has been unusually high.
And that quality continues with the Emperor's Lost Harbour which looks at the unearthing of the lost harbour of Byzantine emperor Theodosius the last emperor to rule over both eastern and western sections of a United Roman Emperor.
The thing is modern historians knew a lost great harbour existed but its exact placement was in doubt --it has completely silted up at least 500 years ago.
Only when the modern city of Istanbul commissioned a new underground railway into the center of the city of 15 million people did archeologists hit upon this vast treasure trove of abandoned ships from another era.
We get introduced to the vast army of excavation engineers and what they're looking for but there's also a deadline because the train service has to be completed on deadline.
And we get a peek at some of the amazing artifacts unearthed --there are nearly complete ships that sank with complete cargoes onboard.
The Canadian geologist Nick Eyles introduces us to the various experts and what they're doing to unearth the past.
Made as a Canadian-French production and
Although host David Suzuki narrates it's clear he never actually visited the site. It's as if Suzuki's great rival David Attenborough were stuck in a London BBC studio instead of getting out on the road.
THE EMPEROR'S LOST HARBOUR IS ON CBC-TV'S THE NATURE OF THINGS ON THURSD. NOV. 17 AT 8 P.M.
MY RATING: ***.
Posted by james bawden at 1:34 AM