As My Stomach Churns: The End Of TV Soaps? 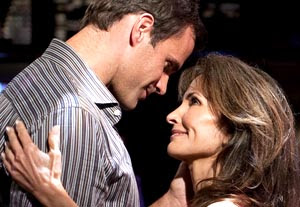 Cue the organ music. Cut to a monstrous close-up of a circling globe.
And now dear friends I must report that two of my fave TV series One Life To Live and All My Children are definitely over.
Kaput. Finished. The End.
For months those of use who follow the soaps with any regularity had been reeling at the news All My Children and One Life To Live had been cancelled by ABC.
One Life To Live. of course, continues on ABC but only until its anticipated climax on Jan 13, 2012.
A new venture Online Entertainment had planned to move both soaps to the internet conditional on whopping pay reductions from the unions concerned.
The media and production company would be Prospect Park founded in 2009 by Jeffrey Kwatinetz and Frank Rich (former head of Disney Studios).
But after five months of negotiations the talks have broken off.
Closing with the AMC stars proved impossible. No way was Susan Lucci going to wind up on the internet after her ABC stardom days. So there already was some sort of delay in getting AMC back up and running.
But among the OLTL cast virtually all the stars including Erika Slezak, Ted King, Michael Easton and Kassie DePaiva were on board and raring to go.
The unions wanted too much, initial viewing figures might be negligible and there even was talk of selling second rights to some cable concern.
New series going straight to the internet?
It was a question of too much, too soon.
Posted by james bawden at 6:03 PM