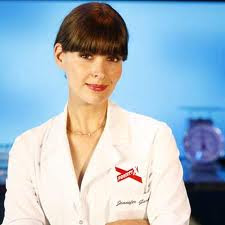 Whither The Nature Of Things? Hither? Or thither?
Let me explain --the venerable CBC science series with Dr. David Suzuki almost went under a few seasons back when the CBC management team of the day wanted to cancel it after its 50th season on TV.
Nothing strange about that.
Over the years CBC-TV planners cancelled such CBC icons as Juliette, Tommy Hunter, even the gang on Front Page Challenge.
In each case the replacements proved less than stirling and in time got cancelled as well.
I was thinking about NOT's future when previewing Thursday's new episode Myth Or Science starring Dr. Jennifer Gardy.
Is it not a disguised pilot for a bright new hip science series. Just asking.
The formula is the kind of thing Discovery does so well all the time.
And the knock against NOT these days has been its cadre of aging viewers.
And may I also say i has an aging host --Dr. David Suzuki --the one who put NOT on the map eons ago.
I was around back then as NOT and its mighty rival This Land fought ratings duels week after week.
NOT's executive producer at the time, Jim Murray, told me of his game plan to fight back. Murray reckoned with CBC budget cuts there would soon be space for only one of these series and he wanted it to be NOT.
So he personalized the show, installed Suzuki as host and narrator, and when CBC honcos sat down to decide the fate of the two shows it was the hostless This Land that got dumped.
These days the hour long documentaries that are the hallmark of NOT have fallen out of favor with the head programmers.
Myth Or Science is a very watchable, fast paced look at all those scientific old wives tales we hold near and dear.
And instead of Suzuki fronting the show it's bright and perky Vancouver molecular biologist Jennifer Gardy who gets involved.
She's photogenic, has just the right credentials and is a natural on TV.
I've a feeling she'll be back in a series spinoff of this hour. And she's game for just about anything. Down the road a bit she may even get to step in as host of NOT.
Example: She journeys down to a Gainesville swamp in Florida and a mosquito breeding facility to check out whether anthropods really have an attraction for female over male flesh. the conclusion? Watch the hour to find out.
Or can eating fast cause weight gain? In New York city she goes hot dog to hot dog with Dave "Coondog" O'Karma to check out this myth.
At the University of Manitoba she meets "Dr. Popsicle" who submerges her in a tank of ice water to check the myth that the head loses body heat faster than other parts of the body.
Gardy makes a
She tried in 2008 to land a similar series attempt called the Project. But this time out she may make it.
Dugald Maudsley wrote and produced the hour (Jeff Semple directed) for Infield Fly Productions and as I say it's definitely a series possibility.
MYTH OR SCIENCE PREMIERES ON NATURE OF THINGS ON THURSD. NOV. 24 AT 8 P.M. ON CBC-TV.
MY RATING: *** 1/2.
Posted by james bawden at 10:43 PM

Yes, let's have more of these most informative and entertaining episodes of Myth or Science. Hats off to the writer and producer, Dugald Maudsley and to Jeff Semple. Congrats to Dr. Jennifer Gardy who kept our undivided attention. CBC, please continue with the above personages. We are grateful that Dr. David Suzuki and Nature of Things are hosting this amazing program.

I'll watch her on anything!