Laugh It Up With Ron James 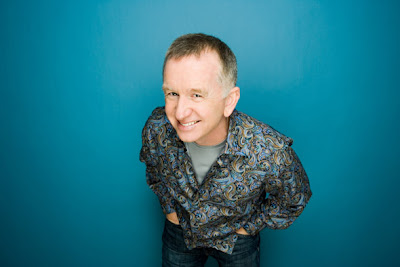 It's going to be a busy time on CBC New Year's Eve with both The Ron James Show: New Year's Edition and the first annual reunion of RCAF (see below).
"I'm pretty pleased with it," reports James whose first season on CBC Friday nights just wound up to be followed by this hour special.
"I was doing a mini tour of the Maritimes and got to squeeze this one in. It took about three days back in Torontoincluding two nights of tapings."
The best of both nights are being combined and James managed to corral some of his favorite funny people into the mix: Eric Peterson, Peter Keleghan, Patrick McKenna, Linda Kash and Christian Potenza and Daniel Kash.
"We didn't want it to be a retrospective. There'll be enough of those. It was just a way of working with some of the people who helped me so much. The show has been intense and demanding but in a completely different way from the other (the sitcom Black Fly). There's a strong writing room bunch and we had to find all kinds of costumes to get this one up and running."
Some CBC types have whispered this is one series that could go on tour with different tapings in different cities --after all Front Page Challenge travelled that way for decades.
"The problems would be too much," insists James who goes on tour as a one man band with only his manager in tow. Don't ask me how but he somehow managed to squeeze in a stint as host of the annual Gemini Awards --in Calgary yet.
New Year's Eve segments include bits of James' standup which are always welcome, a few of his "L'il Ronnie" cartoons and Ron in drag as that Cape Breton senior Aunt Vivian valiantly struggling with her Christmas gout.
Best skit finds James and Kash as struggling Bethlehem inn keepers --after he turned away a certain couple and child who go on to make the inn down the street the place to be.
But James is most partial to the yuletide samplings onboard Sir John Franklin's ill-fated expedition of 1846. Cannibalism anyone?
James acknowledges the rapacity of TV in eating up material he used to take months of concerts to hone to perfection. "Now we need new material every week."
Ratings for James started high at 830,000 a week, dipped a bit and then zoomed back up to the high 780,000 or more--quite a feat on a night when many of James' crowd are out grocery shopping. So renewal for next season seems a certainty.
NEW YEAR'S EVE EDITION IS ON CBC-TV THURSDAY DEC 31 AT 9 P.M. ON CBC.
Posted by james bawden at 12:32 AM