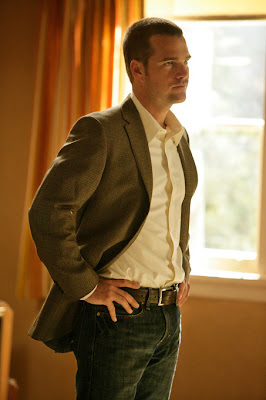 This is the time of the year for scribes to compile lists on just about anything.
So here goes.
1. Biggest surprise of the year: American network TV made a mighty comeback. Some pretty good new U.S. series debuted including The Good Wife, Glee and NCIS: L.A. And cable continued to deliver with Dexter and Mad Men. Yes sirree so far it's been a greatish season.
2. TV sitcoms began staging a mini-comeback. I blame the original decline on Seinfeld which destroyed the traditional four-camera sitcom shot before a live audience. But The Big Bang Theory last season stirred renewed interest in the whole genre and this year I'm watching and enjoying Cougar Town and now really like Parks & Recreation which stumbled badly its first season only to become must-see this year.
3. Scripted Canadian TV continued to disappear. Neither CTV nor Global TV have so far debuted any new Canadian hour dramas. But goodies are being promised for the New Year. CBC's dramas including Being Erica and The Border battled for viewers hooked on expensive U.S. shows. But Heartland has become something of a minor hit thanks to its teen audiemce.
4. American network news is changing. The old line U.S. networks now have two female anchors in CBS's Katie Couric and ABC's Diane Sawyer (plus NBC's Brian Williams. And Peter Mansbridge now has to stand on CBC in a set that ressembles a disco bar. Is nothing sacred any more.
5. Reality TV became ever more unreal. First Kate and Jon split up in an angry dispute and neither one seemed to mind about the emotional turmoil they were causing their kids. Then Octomom failed to land her own show and mentioned she'd like to date Jon. It seemed only PBS was steering away from cheapie reality series.
6. CBC took the low road and ditched its high end quality arts shows and viewers declined to vocally support it when more cuts from federal funding loomed. To most of us CBC had become just another network.
7. Many viewers including yours truly thought the "Save Local TV" campaign was a parody. After all what local TV does CTV or Global have outside of the news? CTV abandoned its own talk shows years ago for U.S. imports. I'm referring to Mike Bullard, Dini Petty and Vicki Gabereau.
8. Best Canadian show of the year so far was director Sudz Sutherland's miniseries Guns which CBC ran off before the official start of the new TV season. Go figure that out.
9. Jay Leno was forcibly relocated by NBC to prime time and promptly lost all his comedic oomph. He seems to be merely marking time until he can be safely returned to his 11:30 p.m. timeslot. And Conan O'Brian who inherited the Tonight show has never seemed as fragile and uneasy.
10. Biggest disappintment of the season was the simply blah new series Eastwick starring a very diminished Paul Gross --if he'd been allowed to rewrite it the thing might have enjoyed a big success.
Posted by james bawden at 2:29 AM