The Brits Are Coming --Yet Again! 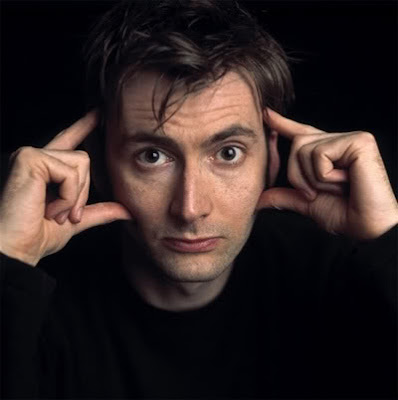 A veteran U.S. industry observer has just told me to stop fretting about the current TV season.
"The (American) networks certainly have. They're already lining up to shoot pilots for next season."
And the search is on for the next Hugh Lawrie. He's the fantastically talented British star (Wooster And Jeeves) who turned himself into an American doctor and made House such a smashing success.
Now word comes that David Tennant, 38, yes , that's right Dr. Who is the next one to jump across the pool to American TV.
NBC reports it has signed Tennant to star in the pilot for a new legal drama series series to be shot in Chicago titled Rex Is Not Your Lawyer. Tennant's term as the 10th Dr. Who closes with several holiday specials.
Co-starring in the venture is Jeffrey Tambor from the fondly regarded Arrested Development.
Other Brit stars have faced a tougher challenge in getting U.S. audiences to care.
Let's see, Alfred Molina has made two short-lived attemps both on sitcoms: Ladies Man ran for 30 episodes (1999-2001) but ultimately vanished but it was infinitely better than 2002's Bram And Alice which lasted eight episodes.
And what about Johnny Lee Miller whose stint as Eli Stone ran 26 episodes on CBS (2008-09).
Linus Roache has so far lasted 51 episodes as Michael Cutter on NBC's Law & Order (2008-09).
And there are stories John Barrowman (Torchwood) may guest star on some episodes of Desperate Housewives next season --it has to be renewed first and he has to be free of his Torchwood obligations.
But Barrowman who endured successive flops on U.S. TV (Central Park West, Titans) surely knows better than most that being British doesn't automatically spell success in an American TV series.
Posted by james bawden at 1:16 AM