Can Obama Save The Planet? 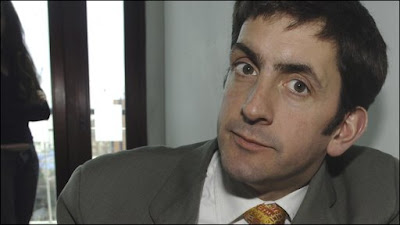 A new British made TV documentary Can Obama Save The Planet? is brilliantly positioned to explain the impending failure of the Copenhagen summit on climate change.
Cheeky is exactly the right British catch phrase to sum up this hour as roving BBC reporter Justin Rowlatt (in his TV role as "Ethical Man") moves across the U.S. in search of Americans who actually support the climate change philosophy.
Not unsurprisingly he finds few citizens willing to give up their standard of living to help President Obama save the planet.
Rowlatt's odyssey starts in Muskegon, Michigan, where he ice fishes with the citizens and finds most of the family members in one typical cluster need cars to get to work --public transportation is that bad.
It was Rowlatt's decision to use public transport to get around until he's told the average train of today produces almost as much pollution as an airplane.
At the U.S. Congress he finds Democratic senator Barbara Boxer battling the Republicans over a bill to cut carbon emissions --the bill certainly will not be passed in time for Copehagen.
In Texas he finds wind machines are gradually taking over as sources for electricity --it was all due to a former Texas governor. That's right the much maligned George W. Bush.
In West Virginia 30,000 blue collars have jobs in the coal extraction business and some tell Rowlatt they're are loathe to support the Obama plan for reducing greenhouse gases.
And when Rowlatt goes on a local radio talk show he's bombarded with screaming callers and a host who shouts him down.
The hour has entertaining visuals but the conclusions are very pessimistic.
Americans are just not willing to substantially pay for reducing emissions even though the U.S. remains the world's leading polluting nation.
Can Obama Save The Planet? is on The Passionate Eye Mond. Dec. 14 at 10 p.m. on CBC News Network.
My rating: *** 1/2.
Posted by james bawden at 2:39 PM

Nice blog as for me. I'd like to read a bit more concerning this topic. Thnx for giving this information.
Sexy Lady
A level escorts London