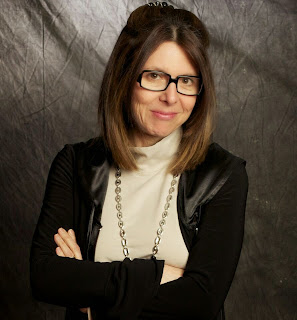 "Sugar is the new tobacco," says Gemini award winning documentarist  Michele Hozer.
"When I realized this I had the makings of my new production --it was as simple as that."
Indeed the 90-minute film Sugar Coated which premieres Wednesday night at 9 on TVOntario is any thing but sugary sweet.
Hozer has produced a very bitter riff on how the sugar industry has consistently wiggled off the hook in taking blame for a host of society's ills including obesity, diabetes and heart problems.
"I think a lot of people know bits and pieces but not the full story. The degree of manipulation by the sugar lobby is pretty shocking"
And Hozer very neatly ties in the current debate over refined sugar with the debate 40 years ago about the effects of tobacco smoking.
She has even unearthed a clip of tobacco giants presidents testifying before the U.S. congress. and all saying practically in unison that nicotine is not habit forming.
But how did the big sugar interests escape scrutiny for decades?
"Brilliant public relations," she laughs over the phone --she was speaking from her Toronto home.
In fact nobody from the sugar industry would speak on camera for her film --she insists she gave them every opportunity.
But rather than emerge simply as a diatribe Sugar Coated has layers of meaning.
First up Hozer presents her heroes.
There's childhood obesity doctor Robert Lustig who emerges as such a kind and compassionate man.
Hozer has added to her story by filming him in conversation with one of his teenage subjects, a lovely girl who swirled vast amounts of fruit juice and ballooned into an over weight and very unhappy teenager.
Breaking forth from the statistics makes Sugar Coated a must see study in compassion.
There's also the compulsive athletic who in his twenties discovered he was Type II diabetic because of all the sugar he was eating --and this despite a strict regimen of exercising.
Another hero is Ottawa-based obesity expert Yoni Freedhoff who practices at the Bariatric Medical Institute.
It was Stats Canada which pointed out sugar consumption has jumped to catastrophic levels with male teenagers now consuming an average of 41 teaspoons daily compared to just 26 teaspoons a decade or so ago.
"There are many different names for sugar," Holzer tells me."So it can become confusing even if you try to read food labels."
Hozer's method is to draw in viewers, hope they'll get riled up but also she offers solid reasons why the sugar industry is so far holding its own.
And the best evidence she was able to produce lies in the archives of the Western Sugar Company which went bankrupt and donated all its papers to the public archives.
"And it's all there," Hozer says, "The manipulation techniques, the campaigns never to give an inch, and done with such brilliance it usually convinced most people.
"All this has been known for decades," Hozer says with some resignation. She obtainsclips from old CBS 60 Minutes shows from the Seventies showing Dan Rather was not able to make the sugar giants budge at all.
Far more scary is the reaction of academics including a Harvard president whose own research was being funded by the sugar institute.
Most shocking of all is how the Heart and Stroke Association regularly backed sugary foods completely wrong for young kids.
If Sugar Coated were just a rant against sugar it wouldn't be effective --Hozer has added the personal touches to warn over consumption of processed sugar affects us all.
SUGAR COATED PREMIERES ON TVONTARIO WEDNESDAY MAY 27 AT 9 P.M.
MY RATING: **** (OUT OF ****).