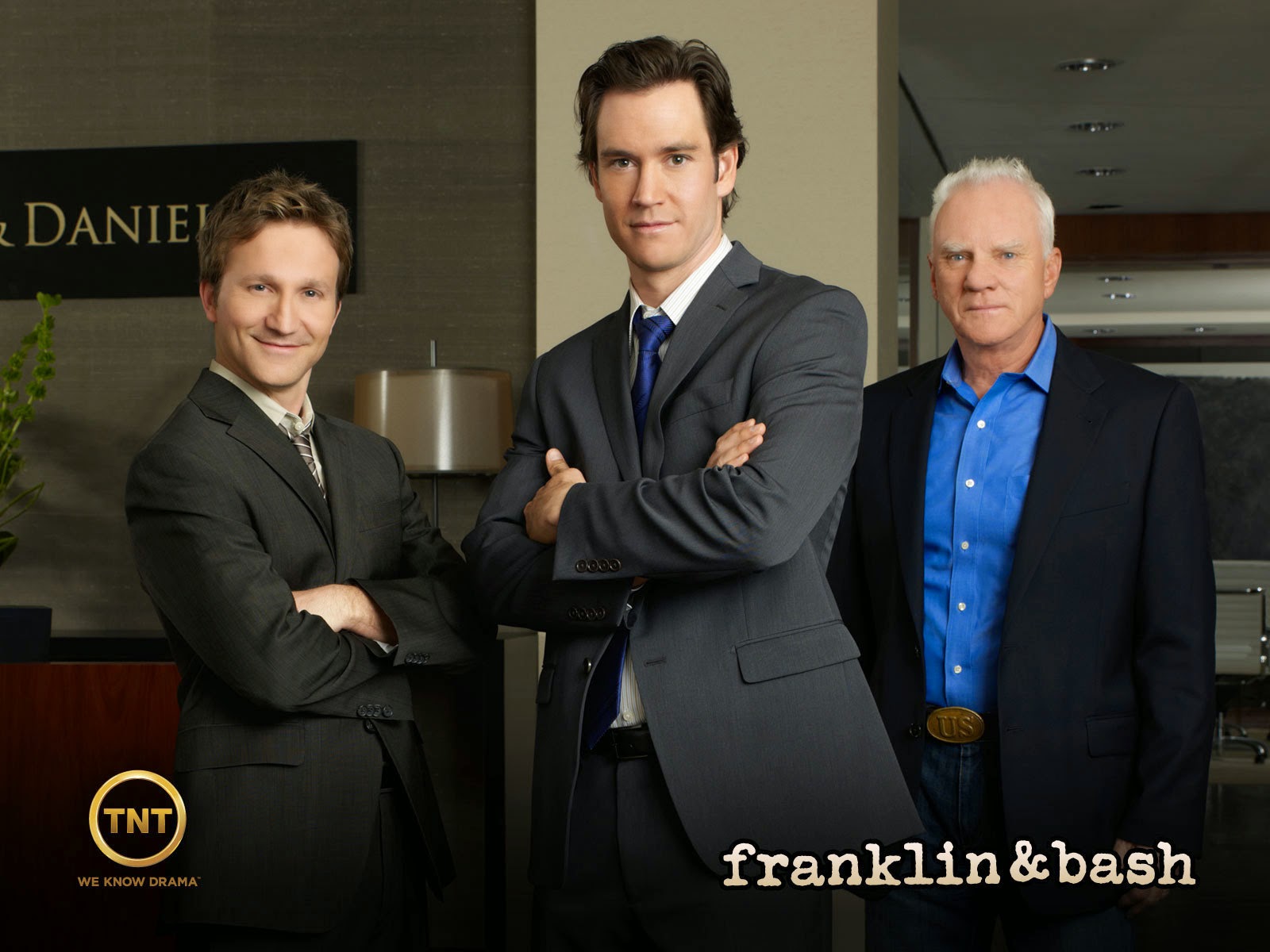 December is the saddest month of the year for  U.S. TV network series.
Its the time when the pink slips are issued.
Instead of the bright fanfare of the new fall TV season the cancellations are done with as little publicity as possible.
For example I had no idea Franklin And Bash had just been cancelled until a U.S.publicist  blurted it out at the end of a phone call about something else entirely.
I sort of expected that one because of continuing disappointing ratings.
But what about the new John Stamos series Members Only?
ABC has dumped that one even before its official premiere.
ABC sources say the network has also cancelled Manhattan Love Story.
Revenge, a show I like, is right on the cusp --only a surge in the audience can keep it going after this season.
Over at CBS the monster hit Big Bang Theory has been renewed for two more seasons, it's that hot.
I'm surprised CBS is hedging on Elementary which has slipped a bit in the ratings.
But the Millers has officially been dumped as has Reckless.
The seventh and positively final season of The Mentalist premiered on Nov.   30 with the series finale set for Feb. 18.
At FOX Gag Related is officially gone along with Kitchen Nightmares and Utopia.
But I think we all knew that.
The fate of Gotham interests me with network sources saying a pick up is coming but with some story tinkering.
NBC sources say Bad Judge and A To Z are officially over.
The final 13-episodes of Parenthood are being filmed right now.
The final 13 episodes of Park And Recreation premiere in January.
But it's to soon to tell for About A Boy and  Marry Me.
But I do know filming on Constantine shut down after 123 episodes and probably won't resume.
Conclusion: it's been an awful season for the main line networks so far.
This is all I know. Most of the cancelled shows won't be missed at all.