Ron James: Back on TV And Wildly Funny 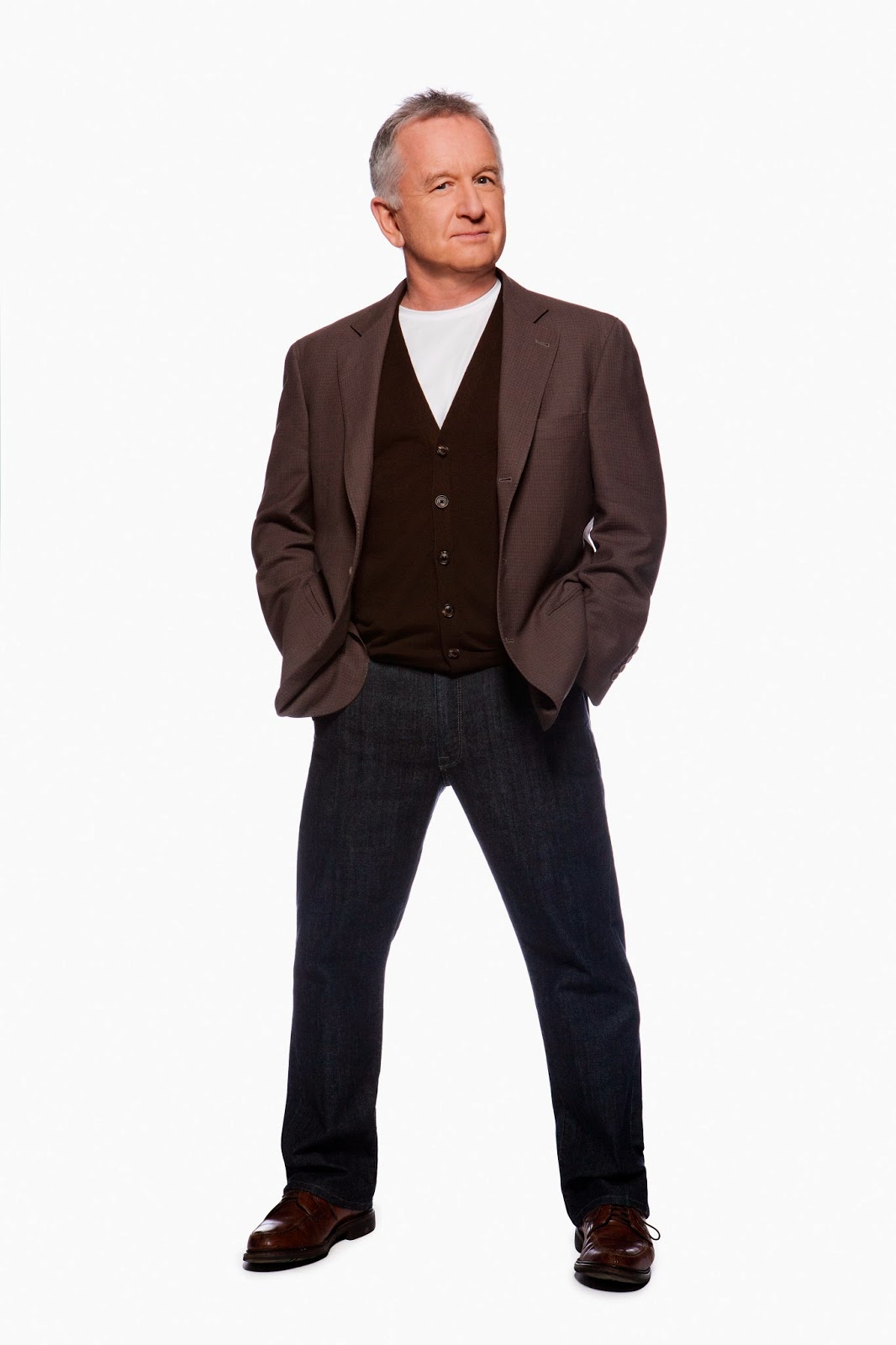 I usually get to interview Ron James once a year when  his TV series comes back on CBC.
And once is enough for me --the guy is wickedly funny and once my ribs hurt a bit after a nonstop telephone chat filled with his joking.
This year it's different.
James's well liked series is gone from CBC-TV because a new administration is trying to remake the schedule to its own liking.
So the only opportunity you'll have to catch him is in a New Year's eve special on CBC-TV Wednesday night at 9 p.m.
I just watched a preview and it plays like one of the funniest hours I've seen on TV in quite awhile.
Yes, I did like his series which ran five seasons although it was moved all over the dial and fans continually groused they never knew where to find him..
I think it took James some time to find the right metier for his skits which really rocked in his final season.
At the beginning he was trying to integrate them into one seamless half hour but later on spent time honing them and retaping bits until he was satisfied and only then would he edit them into each show.
But the stand up hour format works even better for James.
The guy must be the most traveled Canadian comic out there.
It really all came together in his first big hour Up And Down In Shaky Town which garnered huge ratings and the recognition here was authentic Canadian humor that spoke to every one of us watching.
I think the new one coming up is just as startling good --From Fallsview Casino --Ron James --The Big Picture.
James knows how to trap an audience in his stories, draw them into his unique take on anything and everything and then let them explode in laughter.
"This one was taped in October," he tells me on the phone. Meaning the jokes could be topical but not too topical. There's some distancing  because it comes on two months later."
James says on the phone that from the first time he played Fallsview "they treated me so fine. And the theater is so welcoming, it's huge but the audience isn't that far from you either. It's perfect to tell my stories, test the waters, let the audience get involved with me. I got a such a great feeling from that crowd, I think it shows."
Great camera work makes the hour seem to fairly rush by --the camera operators seem to be almost running at James for some super camera angles that induce a feeling of momentum.
"But if the audience isn't with you it's all over," he says. "And they really wanted me to say some of that stuff."
I'm not going to step on Ron's lines which he carefully crafted with assistance from Paul Pogue and Scott Montgomery (Lynn Harvey co-executive produced).
But as James admits "Yeah, I do go after Harper and he deserves it and the audience gets right into it. Same with the CBC. They get a bit of a licking, too. And they deserve it."
James says he remembers a decade ago when the Harper band wagon was building "and I'd say something and the audience would make a kind of whooshing sound. Like they were a bit ticked off. No longer. I give my two cents and they were laughing heartily.
Also talking a verbal licking: Burger King, Mike Duffy, Gwyneth Paltrow, oil spills, you name it.
With James's show gone and RCAF down to a special a year the great Canadian CBC tradition ok sketch comedy seems about to disappear.
Only the venerable This Hour Has 22 Minutes still holds down the foor while 4 On The Floor and Kids In The Hall are but dim memories.
"Oh, there's so much to satirize these days,"laughs James. "The oil spills, the crazy TV reality shows, texting. It's a never ending source. And I find audiences are generally just as fed up as I am ."
Says James "This was the year we had two Fords running for mayor. Who could have seen what would eventually happen? Now we're back bombing Iraq again. I couldn't have asked for more pungent material."
James thinks this hour is right up there with Shaky Town as among the best he's ever delivered.
"Then I'll' go back on the road, reminding Canadians of all the ups and downs of this great country country we live in."
RON JAMES: THE BIG PICTURE PREMIERES NEW YEAR'S EVE WEDNESDAY DECEMBER 31 AT 9 P.M. ON CBC-TV.
MY RATING: ***1/2.

Sorry but James is a sorry hack, almost as bad as 22 Minutes and Mercer. Now that he bashes Harper a lot the lefties will be happy.