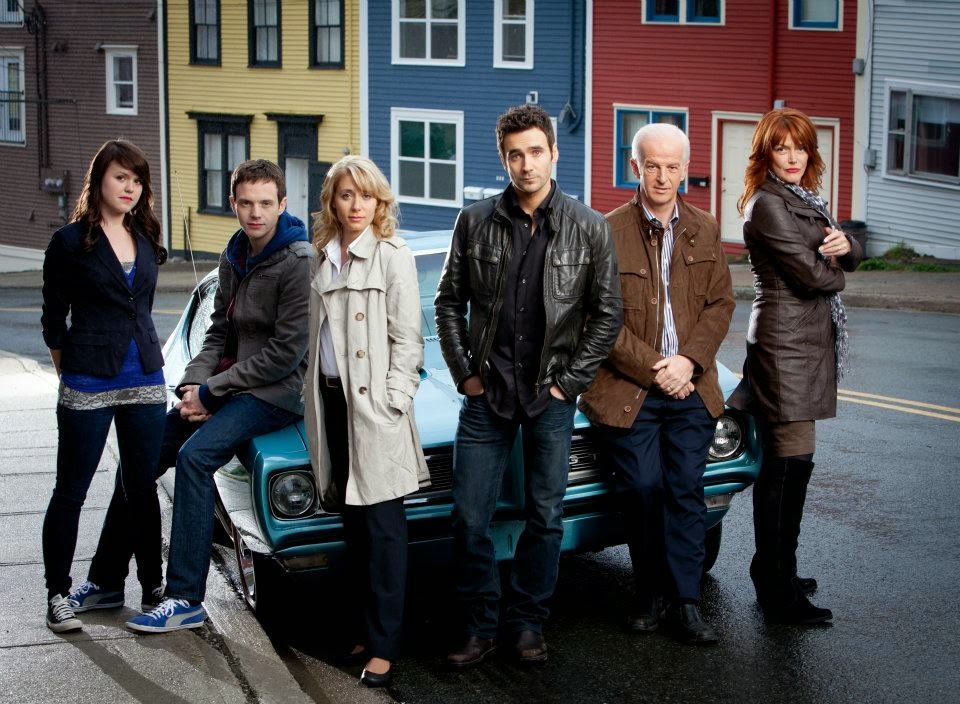 My open letter to CBC re the impending demise of Republic Of Doyle is short and sweet.
It's just three words: "Don't do it!"
Other CBC administrators over the decades have merrily cancelled such CBC hits as Tommy Hunter, The Beachcombers, Front Page Challenge and King Of Kensington promising long suffering viewers that newer and better shows would result.
But it never happens that way.
When Juliette was drawing three million viewers a week CBC bureaucrats fearful of the star system pink slipped her for a couple of folk singers.
And CBC never again had a hit in the time slot immediately following Saturday Night hockey.
When Gordon Pinsent said he was weary of making the hit drama series A Gift To Last CBC meekly acquiesced to its disappearance.
All Pinsent needed was a bit of back slapping for mounting such a tremendous show ad he would have returned for a few more episodes I'm sure..
And when Al Waxman complained he didn't even have a window in his airless cubbyhole of a dressing room CBC let King Of Kensington slip forever into reruns.
An American company would have wheeled a trailer into the parking lot for Waxman but CBC was adamant about promoting stars.
Latest hit to get the corporate cold shoulder is Republic Of Doyle which wraps up its final and abbreviated season Wednesday night at 8 with two hour episodes which are as good as any I've ever seen on this show.
The twin titles say it all: Judgement Day and Last Call as Doyle is on the lam fighting off a murder charge and he's all over the place and generously giving up a lot of  time to his splendid band of co-stars all of whom are now out of work.
I talked about this act of leaving a wildly popular series.
I know Hawco wants to go on to other things --he told me so at the last CBC launch.
But honestly the new CBC band of programmers should have signed him up for a few TV movies.
It's not as if anybody can sit down and craft a hit TV series --look at the experience of Cracked last year which had talent galore behind and in front of the cameras.
I'm thinking something as good as Doyle can not be easily re-created and certainly not by Hawco or at least for a while.
His Doyle characterization is going to be with him for the next few years as reruns pound CBC at all sorts of hours.
So I felt a bit sad watching all the regulars strut their stuff for the last time (until the inevitable TV reunion TVmovie): Leslie (Kryustin Pellerin), Des (Mark O'Brien), Tinny (Marthe Bernard) And all the rest.
And CBC once again needs a few good series from Atlantic Canada besides This Hour Has 22 Minutes.
Black Harbour didn't make it. Hatching, Matching And Dispatching came up short.
You see where I'm going don't you --CBC really should not have let Republic Of Doyle end so abruptly.
THE FINAL TWO EPISODES OF REPUBLIC OF DOYLE ARE ON CBC-TV WEDNESDAY DECEMBER 10 AT 8 P.M.
MY RATING: ***1/2.