Backroad Bounty A Home Made Hit 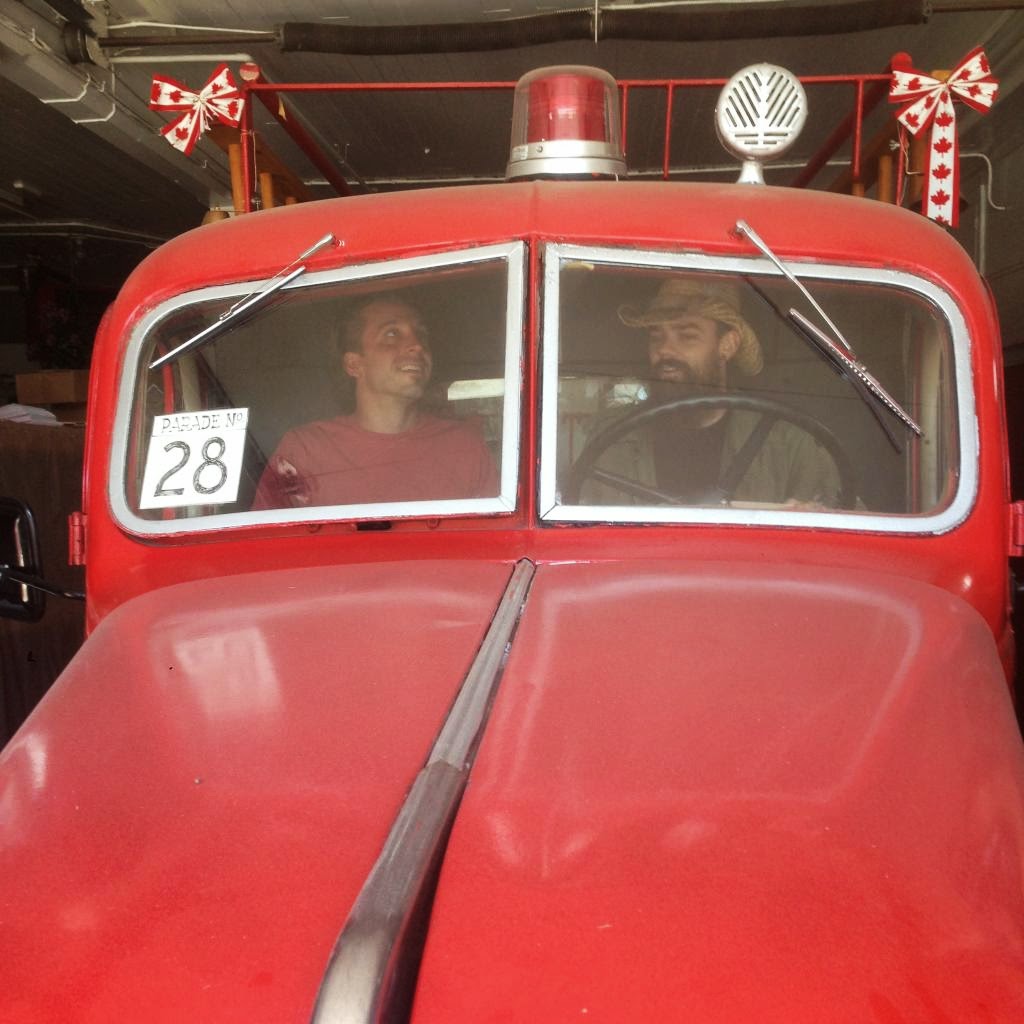 I really enjoyed chatting up Marty Gebel and Peter "Bam Bam"  Bamford (that's his name), the two genial stars of the latest antiques roadshow series.
The difference? This one is called Backroad Bounty and is Canadian made.
The first episode revs up on the Cottage Life cable network Monday October 6 at 9 p.m.
Marty has done some TV over the past few years including an appearance last season on CBC-TV's Four Rooms.
Bam Bam says "I'm new to this game and I hope to stay around with this series."
American Pickers and Canadian Pickers are the leaders of the pack in this TV genre and Marty says the difference here is sinply "We don't bother as much with the haggling and concentrate on the history of where we are and what the objects mean to the people selling them."
Location for the first season was cottage country around Georgian Bay and Haliburton and the Kawartha Lakes.
"Every cottage in this area seems to have a barn" says Marty. "And chances are a lot of history has been stored there."
Marty is a cagey antiques hunter and says "What I'm looking for may differ completely from what these people think is valuable. I mean I'm not that into tea cups and Victoriana to name two areas."
In the first two episodes which I've seen Marty supplies the knowledge savvy and Bam Bam supplies the energy and comic relief.
Marty says when he was approached to front the show he picked Bam Bam, "and it's turned out we compliment each other. It's a great fix."
Obviously a location manager had to scout sites in advance and send on pictures of the places chosen.
The first episode looks at a farm that was in the same family for over a hundred years --the family also ran a lake resort.
Among the gems discovered are a '39 Zephr motorized bike. there's a phone book from the '30s that is chock full of memories.
A canoe from 1965 is interesting. Far more esoteric is an antique ice cutting machine used to cut blocks of ice on the lake and an antique apple presser in great condition.
And we get history lessons on how they functioned.
The second episode starts with Sherry who is trying to sell off items in her boat house --there's a Muskoka bench that seems the most desirable.
A second old doll has some great bargains including a 1950s rotary phone but what Marty most desires --a complete set of early Barbie figures just isn't for sale --her two grown daughters both working out of the country would be so upset.
So Marty has to settle for an aluminum fishing tackle box.
What I've seen indicates a leisurely stroll through Canadian social history and well worth the time invested.
It's a little gem of Canadiana. More please!
BACKROAD BOUNTY PREMIERES ON COTTAGE LIFE MONDAY OCTOBER 6 AT 9 P.M.
MY RATING: ***1/2.

Just finished season 2on Netflix I'm not a dealer of any kind but I enjoy the show for as "Marty" says the history of the items and the chemistry between the two of them. Looking forward to the next season. From Massachusetts :)