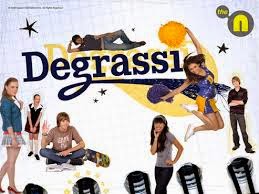 Linda Schuyer and I, we go way, way back.
I first met her when she was producing her first series The Kids Of Degrassi Street in 1979.
I was still with The Hamilton Spectator in those days and Linda had until recently been a senior public school teacher at Earl Grey school in Riverdale.
The Kids Of Degrassi ran over five seasons (until 1984) for a grand total of only 24 episodes.
It was a different series for kids, filmed on the menacing streets of south Riverdale and starring a gaggle of young amateurs who were well nigh irresistible.
The episode titles tell all: Jeffrey Finds A Friend, Rachel Runs For Office, Cookie Goes To Hospital and my all time fave Noel Buys A Suit --the tyke went to Moores to get a suit for his father's second wedding.
Degrassi Junior High was the inevitable sequel and it ran for three seasons and a total of 42 episodes. It was mainly filmed in an abandoned high school named after Vincent Massey.
And this one spawned some stars: Nicole Stoffman, Pat Mastroianna, Amanda Steptoe and Stacie Mistysyn  and Stefan Brogren all subsequently had acting careers elsewhere.
Schuyler made it with her partner Kit Hood for Playing with Time productions.
Schuyler still ribs me about the first time I visited her production company then located on Queen Street East --I think the building had once been a veterinary hospital.
I got lost in the maze of office and shouted for help at one point.
When Schuyler sold the next series Degrassi High to PBS for U.S. TV she journeyed to the U.S. TV Critics Association--it was held at Redondo Beach that year as I recall.
Up on stage she brought two of the young actors with her and said one had been in a bit of trouble and was staying with her.
I heard critics around me in the audience buzzing. They featured it had to be dark featured Pat Mastroianni but Pat enjoyed a secure family life.
The troubled teen was blond Neil Hope who subsequently disappeared before news leaked out about his tragic early death.
Then came five seasons of the inevitable Degrassi High and at the end Linda phoned me to say "That's it. I have other stories to tell."
And she produced a pilot titled X-Rated all about an apartment complex inhabited by bright twentysomethings.
She was very careful not to populate her story with Degrassi veterans but instead cast Gordon Michael Woolvett in the lead --others in the cast included Richard Chevolleau, Kate Lynch, Billy Merasty (partner Kit Hood directed).
It morphed into a different series titled Liberty Street which starred Joel Bissonnette, Billy Merasty, and Katherine Ashby.
This one had teething problems but it suddenly clicked at the end of its second episode (with 26 episodes).
Indeed Schuyler sent me the last two episoides as she embarked on a trip to Italy saying "We've finally got it."
But CBC declined to pick up the series for another season.
So it was off to Riverdale, an hour long soap which Schuyler figured had it made.
And the show was terrific if doomed from the start --to jump start an audience Schuyler needed it to run for five episodes a week instead of just one which was all CBC could afford to bankroll.
The cast had some big Canadian names in there: Lynne Griffin, Jayne Eastwood, newcomer Kris Holden-Reid.
For Linda I agreed to my most bizarre interview ever.
Co-star Marion Gilsenan had been stricken with bile duct cancer and wanted to prove she could still work in season two.
So we gathered at Bistro 990 and Marion demonstrated she could still drink wine, carry on a conversation and Linda brought her back although a cot in her dressing room was brought in for Marion's bad days.
Riverdale perished after two seasons.
But Marion had made it through season two before her sad death,
And so in 2001 Schuyler returned to her roots with Grassi: The Next Generation.
CBC passed claiming money problems and it's been a booming hit on Bell Media ever since.
And this version really took off in the U.S. as well.
Story lines are still carefully told, young people love the show as much as ever.
And I got to see a preview of the first new episode --these half hours are filmed in 2 1/2 days I'm told.
I've made a steadfast promise not to divulge any of the latest plot details but it all worked for me although I'm hardly part of the core audience.
Technical details as usual are just fine.
Why? Because it remains authentic as well as realistic. There's no talking down to the audience.
Degrassi received its third Emmy nomination over the past four years. I think the total number of episodes hit 350 awhile back.
Which makes Linda Schuyler Canada's most productive and successful TV producer.
And it couldn't happen to a nicer, more talented Canadian.
DEGRASSI'S SEASON 14 PREMIERES ON MTV TUESDAY OCTOBER 28 AT 9 P.M.
MY RATING: *** 1/2.