War In The Mind Is Totally Compelling 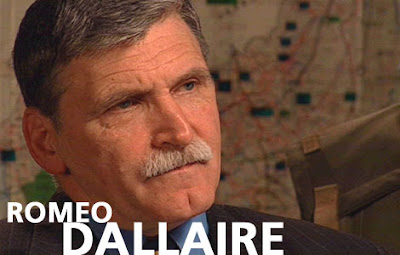 Summertime TV is supposed to be a sea of insufferable reruns mixed with a dash of trivial reality shows. Right?
Not if you consider the compelling new Canadian documentary War In The Mind which premieres on TVOntario Wed. July 6 at 9 p.m.
Director Judy Jackson has taken a tough journey emotionally in this often penetrating study of the effects of Post Traumatic Stress Disorder and she has brilliantly personalized the illness so we come to care about a bunch of distressed young soldiers.
And if you can watch to the end without tearing up occasionally then you're made of sterner stuff than I am.
She starts with quick responses to the standard questions, slowly drawing us into the world of young soldiers who have served their time in bloody battlefront conditions.
There's Tim. There's Dan. There's Richard. There's Chris. All so startlingly young. Many signed up for war in Afghanistan when they were still teenagers. All having the darkest thoughts since being discharged back into civilian life.
They describe comrades who died in front of them. They talk about killing the enemy and then realizing everyone has a face, a family, a history.
And one then one famous veteran who himself still suffers from combat fatigue appears --it is General Romeo Dallaire and the genoicide he witnessed in Rwanda will never leave him.
The statistics are startling --some 15 per cent of soldiers are affected to some extent with PTSD. The governmernt statisticians say it's five to six percent. Which could be one reason so many distreessed soldiers are slipping through the cracks and not getting the help they deserve.
Coming home only seems to exacerbate the pain. A profound sense of loneliness seems to engulf many veterans. They shun friends and family "You don't really fit in anymore," grips one veteran.
They no longer feel safe going out. Flashbacks to terrifying incidents begin haunting them. "It stays digitally clear" is how the nightmares are described. And then comes aggression, outbursts at anybody who is near.
There's the stigma of a male trying to find answers and desperately needing medical help. Without help many try to commit suicide.
Jackson found a bold new course, a UBC/Canadian Legion program helping soldiers to confront their fears and search for answers with others who have been suffering. And, astonishingly, in one session veterans from as far back as World War II say the pain never goes away --one veteran in his 80s still has the same screaming nightmare every night.
Jackson does a wonderful job in threading everything together and keeping us watching although some sequences are undeniably sad.
She expands her horizon by adding Dallaire's profound thoughts and then jumping to British General Richard Dannatt who says not enough has been done to help recovering soldiers.
One British case, that of Andrew Watson, who suicided after he descended into deep depression shows the system failed him and hundreds of others. And we see how a Canadian family tries to get some sense of satisfaction after the suicide of Stuart Langridge.
Jackson tells this reporter her partner was diagnosed with brain cancer (and subsequently died) just as she was beginning to film this documentary. So she brought a sense of purpose to the story which does have a positive spin --we can note the improvement in the attitides of the comparatively few soldiers who have taken the counseling program.
Jackson's 1999 documentary on Louise Arbour (The Toughest Job In The World) showed how she could tackle difficult subjects and still find the human thread. And she's done so again here with this often brilliant look at young soldiers who volunteered to serve their country and now need support in their darkest hours.
WAR IN THE MIND PREMIERES ON TVONTARIO WED. JULY 6 AT 9 P.M.
MY RATING: ****.
Posted by james bawden at 12:22 AM