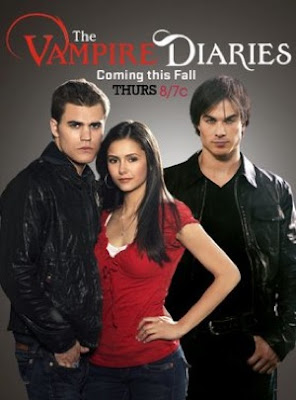 The fall TV schedules of the Canadian TV networks are starting to seep out.
First up there's Citytv which is being changed from a feisty, street smart independent station to a chain of stations basically concerned with importing American fare.
Hold on just a moment! I well remember when City was being set up in the early 1970s, Toronto's first independent station, a thriving UHF (originally on Channel 79) by visionaries Moses Znaimer and Phyllis Switzer.
In those days Znaimer was trying with some success to reinvent the TV universe.
He got City's license from the CRTC by arguing people could be made to watch local programming.
The big show of the day was a two-hour block of live TV at 8 examining all local issues originally fronted by veteran reporter Ron Haggart.
Znaimer gave TV movie buyer Brian Linehan his first chance in front of the camera and movie crazy Linehan responded with City Lights, an interview show that lasted for the next 20 years.
Jeannie Bekker fronted The New Music with a hip dude who called himself J.D. Roberts (and these days as John Roberts is a greying CNN anchor).
Morty Shuman, Toronto's crusading coroner, had a great talk show. There was the local news with its slew of reporters (called videographers) wandering around Toronto streets with hand held cameras.
Branding was big with Znaimer: SexTV, FashionTV. And there were those Baby Blue movies,too.
And now? Well, the all revamped City purchased by Rogers Communications last year nabbed NBC's new Jay Leno show weeknights at 10.
City has snatched the Neil Patrick Harris sitcom How I Met Your Mother from Global and has the new Jenna Effman comedy plus on Wednesdays  there'll be the new Ed O'Neill sitcom Modern Family and Courteney Cox in Cougar Town. The U.S. buying spree includes the hospital drama Mercy plus Trauma set in San Francisco.
Last year City abandoned its position as the prime time movie channel in Toronto. Also, I don't see the fine detective drama The Murdoch Mysteries on its fall schedule.
In short City seems intent on aping the formulas of CTV and Global: Buy as many American shows and hope for the best.
Over at CTV it's a different story --the fall schedule looks almost the same as this past year's. Playing it safe with aging CBS procedurals means CTV's audience is decidedly on the old side these days. And just for the record CTV will be simulcasting 16 hours of prime time American fare every week.
The networks has made significant U.S. purchases to run on its second string network of A Stations. New purchases include  Hank (with Kelsey Grammer), the Middle (Patricia Heaton), The Beautiful Life (Mischa Barton), Eastwick plus  the cop saga Flash Forward
In past seasons CTV would overbuy its imports and run some of the new ones on Sunday afternoons. CTV originally ran Desperate Housewives Sundays at 4 p.m. until it took off on ABC.
In fact CTV has only one new American series: The Vampire Diaries will run Thursdays at 10 (displacing Private Practice).
None of this jibes with the slightly hysterical CTV TV campaign to get viewers to write in to their local MPs to "save local TV". Gee, at first glance there's very little local content on either CTV or A fall schedules outside of local news..
New Canadian series on CTV include two starring Corner Gas refugees. First up Nancy Robertson has husband Brent Butt authoring her new sitcom called Hiccups (she's a children's book writer). Then Fred Ewanuick stars in Dan For Mayor. Neither one will come on until 2010-11.
Every Sunday night at 7 CTV will show double episodes of Degrassi: The Next Generation. A channel will rerun old Degrassi episodes weeknights. Unused episodes of Whistler run on CTV Saturday nights --the series has been off the air for a year. Flashpoint is back Fridays and the new series The Bridge is coming up.
Remember one year CTV had the guts to run three new Canadian dramas Saturday night (Power Play, the City, Cold Case).
And at one time CTV had three hours of Canadian talk every day in Vicki Gabereau, Dini Petty, and Mike Bullard but all have been replaced by American imports.
Just one more point: CTV will not carry the next season of  the best U.S. series on TV these days, Mad Men. So it will presumably go to another Canadian Channel when it returns in August. Or we'll just have to watch it on AMC.
So the battle for local TV on CTV was really lost years ago.
Posted by james bawden at 11:54 PM