Why Dr. Jennifer Gardy Deserves Her Own TV Series 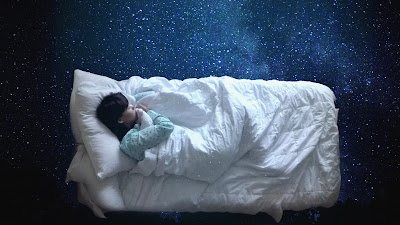 It hasn't been the best of TV seasons for the CBC.
Big new series have flopped badly, I'm afraid to say.
What's needed is an influx of new shows that can guarantee sturdy ratings.
Which is why I'm proposing CBC-TV hire Dr. Jennifer Gardy to front a second science show --she's been excelling for years on occasional specials for the venerable The Nature Of Things.
And this week she does so again with While You Were Sleeping --the title is a take off on the (Sandra Bullock movie of 1995, remember?
Gardy is a perfect TV host --she's bright and personable but also has the academic credentials--this time out she's looking at what happens inside our brains as we snore away.
The locations as usual are dazzling from a Harvard University music student deciding whether or not he should stay up all night to cram on a Chopin recital to the mass insomnia induced by revelers in the city that never sleeps --Las Vegas.
To pack so much information in an hour --46 minutes actually --is a fearsome feat of tight editing and writing but I never once felt rushed watching it.
And after watching I saw it was 2 a.m. so I went to bed and slept like a stone.
Turns out the quality of our sleep determines what we can accomplish the next day.
I think what Grady does is show how sleep affects our every waking moment --or should I say restful and deep sleep.
First startling revelation is that on average we spend something like 52,000 hours dreaming --that's equivalent to six years of our lives.
In one fascinating study Baby Morris is  introduced to a fluffy puppet and shown how to interact with  it.
Then after a nap that can last as much as four hours when he is reintroduced to the figure  he can do all the tricks were shown. him
The babies who didn't take the nap are confused about what to do --it's clear babies use sleep to absorb their daily life lessons.
Men tend to have more action filled dreams--I found this fascinating as women's dreams tend to be far more subtle and often about relationships..
I liked the segment where Grady tries to walk up ro sleeping Canada geese in a park --half the birds' brains are sleeping while then other part remain active to look out for predators.
An hour like this needs a wide variety of great visuals or the audience would doze off.
And so we do get to Vegas to consider the possibility of lack of sleep.
And we do visit a clinic where people volunteer to be assessed for sleep deprivation --most begin eating far more than usual because the brain is no longer obeying the two hormones used to regulate food intake.
At Mackenzie Hall, University of Rochester we see studies on Alzheimers patients and the way the brain at sleep routinely cleanses itself of plaque and impurities. I think an entire hour could be devoted to this segment alone.
Through it all Gardy shines as our host. She asks the right questions, she jumps right in as our guide.
Infield Fly Productions made it and it's a perfect blend of great visuals and tight writing skills.
And it shows once again how well adapted scientist Gardy is to television's demands  -- consider it a sort of pilot for a series of her own.
How about it CBC?
WHILE YOU WERE SLEEPING PREMIERES ON CBC-TV'S THE NATIURE OF THINGS THURSDAY MARCH 10 AT 8 P.M.
MY RATING: ****.