The War At Home: Must See TV 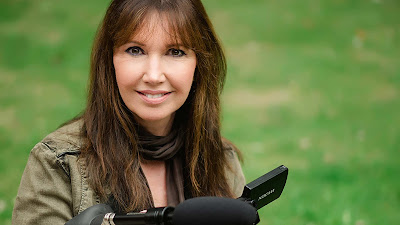 "It was a true story I felt compelled to tell," says veteran director Shelley Saywell.
She's talking about her profoundly disturbing new documentary The War At Home which premieres on CBC-TV's Firsthand Thursday night at 9 p.m.
The way Saywell sees it for years she had been fascinated by stories about the plight of women around the world which resulted in such award winning documentaries as In The Name Of The Family and Kim's Story.
"And then I read about the situation in British Columbia where six women were shot and killed in acts of domestic violence in one month. And I realized it was time for me to act."
The more Saywell researched her project the more disturbed she felt.
"There was one study that said 24 per cent of those polled believed women on the receiving end actually deserved the violence unleashed on them. That was most unsettling of all."
The result titled The War At Home was her biggest ever challenge.
First of all it had to be encompassed in one hour TV documentary --42 minutes after commercials are inserted.
But because it was for CBC and thus reached a national audience Saywell accepted the challenge and she chose a completely personalized approach telling the story through the experiences of just five female subjects.
"We shot the interviews for hours --getting the accounts just right was always my goal."
There's the 33-year-old mother of two, Celeste, who worked as an  abuse counsellor at a Regina woman's shelter.
Her sad plight resulted in her death by her boyfriend and bookends the film as her best friend. visits her home --the murder site --and says "It could have been me."
Because she, too, has been in an abusive relationship.
Then there  is Lara, well, spoken but living in fear --we follow her and her layer to Criminal and Family Court hearings.
Representing her is Toronto lawyer Pamela Bhardwaj and licensed paralegal Galit Menahem--we see how the system continually favors the accused and not the victim.
"I had to get Lara in there," Saywell says "to show that violence is not just the lot of aboriginal women or immigrant women. She lives constantly in fear. Yet, she is soft spoken and very tuned in."
Also profiled is the former police officer who was taken into the country by her husband and repeatedly battered with an aluminum bat .
If she is "lucky"to be alive she had to leave her policing bob because she was not longer physically able to fill the requirements.
I asked Saywell if the women han't been attentive enough before marrying these men.
"Well, it starts after courtship. One husband insisted his wife's paychecks be deposited into his bank account giving him total control.
"Another kept the couple's passoports.
"Another told his new wifew she was now completely under his control --control was the common denominator."
Saywell gives full marks to the two cinematographers (Michael Grippo, John Tran) who unobtrusively photographed the subject- credit also goes to editor Michael Hannan. There isn't a wasted second in this hour. but it never seems to be rushed
I ask: Is there going to be a longer version?
"I'm working on that now," Saywell reports but she gives CBC full marks for tackling such a difficult subject. CBC's legal teams was all over the hour vetting it and requesting minor changes to avoid lawsuits.
"My objective was to tell these women's stories and show how the system is stacked against them. "Obviously the system has to change and quickly, the violence has to stop right now.
"I'm hoping the film starts a debate which is needed to help many thousands of desperate Canadian women."
THE WAR AT HOME PREMIERES ON CBC-TV'S FIRSTHAND THURSDAY MARCH 17 AT 9 P.M.
MY RATING: ****.