The Equalizer Pits Past And Present Sports Legends 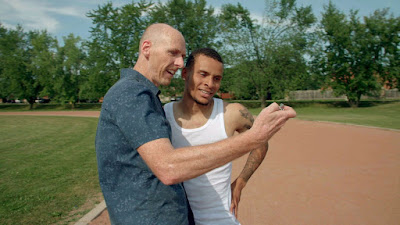 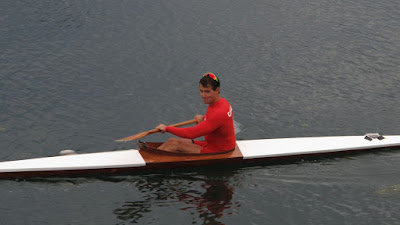 I remember in 1971 when I was a lowly summer student at The Globe And Mail I was ordered at short notice to rush out to Toronto';s Park Plaza hotel and interview Olympic running great Jesse Owens.
He'd dazzled at the 1936 Olympics but when we met 35 years later I saw a shy, halting speaker battling various health problems but still one of the nicest guys in the business.
And that's why I wanted to preview The Equalizer, this week's fine installment of CBC-TV's The Nature Of Things which premieres Thursday night at 8.
It was a chance to see Owens at his prime again and ready to compete with one of today's best: sprinter Andre Grasse.
How was this possible? Jesse Owens died in 1980 after all.
Call it a miracle of TV and the inspired work of documentary filmmaker Robert Lang (for Kensington Communications).
Modern TV technology makes it all possible and there's the sturdy work of UK-based  sports scientist Steve Haake to recreate the events and interview today's top athletes.
His brilliant concept is to recreate the conditions that made Owens immortal way back in 1936.
He gets De Grasse to try to use the same conditions Owens used in 1936 to see who was or rather is the superior racer.
We know that these days sprinters are a whole lot faster but is this because of better training or is it due to improved conditions?
De Grasse must use the same racing shoes worn by Owens and must run not on a modern track but on the same surface Owens used --I found this "contest" to be quite wonderful, it will inspire all sports buffs to argue endlessly about then versus now.
Of course who wins can't be revealed here.
It also should inspire a thorough discussion of how important modern training methods can be and how far modern equipment can be used.
I remember Owens telling me that day he'd subsequently raced a horse in a Hamilton Ontario derby --and won!
And, of course, the complete conditions of the Berlin Olympics can't be duplicated --there are no cheering crowds as De Grasse races around the reconstructed track.
Then modern champeen Sarah Hammer used a Sixcties bike to compete against the legendary racing champion Beryl Burton who was a seven-time World Chasmpion.
What I liked about all these modern athletes was the sense of reverence and awe afforded their illustrious predecessors.
Paul Biedermann then races against legendary Mark Spitz --Biedermann won one of his medals wearing a modern almost full body swim suit subsequently banned from competition.
But it should provoke comments about how far conditions can be changed to allow for better results.
Then javelin tosser Christina Obergfoll competes against 1980s world record champion Fatima Whitbread using the old style javelin --her unfamiliarity with it seems natural enough.
Then Canadian kayaker Adam van Koeverden tosses aside his modern carbon fibre kayak for the traditional wooden model (a superior replicated one) to challenge 1940s Swedish legend Gert Fredriksson who won eight medals.
I think Lang and Haake are on to something big --I can see a whole series devoted to baseball and hockey in the future.
THE EQUALIZER PREMIERES ON CBC-TV'S THE NATURE OPF THINGS THUeRSDAY MARCH 3 AT 8 P.M.
MY RATING: ****.