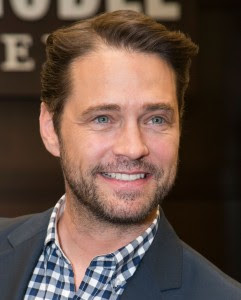 It's still spring but Global and City are already announcing their prime time American acquisitions for the fall.
Fans of Canadian content are apt to be disappointed at the wall-to-wall U.S. series.
First up there's City which has the following American acquisitions The Muppets, Life In Pieces, Grandfathered starring John Stamos, The Grinder with Rob Lowe and Fred Savage plus all new seasons of Family Guy, Bob's Burgers and The Last Man On Earth.
And weekends it's Hockey Night In Canada providing wall to wall Canadian content.
Other returning U.S. faves include 2 Broke Girls, Modern Family, Black-ish, Brooklyn Nine-Niner and New Girl plus City's highest rated new series of last season: Empire.
Other returnees include The Bachelor, Mike & Molly, Hell's Kitchen, The Middle, World's Funniest Fails plus new titles Rush Hour, Bordertown, Little Big Shots and The Guide To Surviving Life.
The Canadian hit Mr. D is listed as new to City but I can't find much else in the fall lineup that could count as Canadian scripted drama or comedy.
Over at Global there are a ton of new American imports including Supergirl, Minority Report (from the 2011 film with Bradley Cooper), Heroes: Reborn, Angel From Hell with Jane Lynch, People Are Talking with Mark-Paul Gosselaar, Heartbreaker, Chicago Med (with Oliver Platt), Shades Of Blue (Jennifer Lopez as a New York city detective) and Containment.
And Global has nabbed The Late Show with Stephen Colbert which is a big plus.
Returning U.S. hits
Global does have three Canadian series: season 4 of Big Brother Canada, a new drama series The Code with Jason Priestley, and Houdini and Doyle. And returning is Entertainment Tonight Canada.
And returning American imports include Madame Secretary, NCIS: New Orleans, The Blacklist, Elementary, Hawaii Five-0, The Good Wife,Chicago Fire, Chicago PDF, NCIS and NCIS: LA.
Alas, the only good news I have for you on the Canadian content front is the renewal for a fourth season of CTV's hit Vancouver made drama Motive.