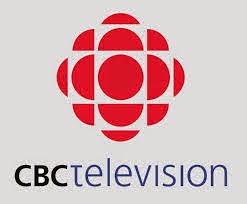 The Globe And Mail's intrepid reporter Simon Houpt has gotten his hands on a letter sent to CBC management about the future of CBC-TV's documentary unit.
The letter signed by the likes of Peter Mansbridge, David Suzuki and Anna Maria Tremonti plus 30 other news and current affairs biggies hopes management will not free lance more of its documentaries.
Excuse me but this has been going on for the past decade.
Suzuki's once flagship series The Nature of Things uses almost all freelance contributions these days --in the old days under executive editor Jim Murray CBC made most of its shows on its own.
On CBC-TV's big weekly series Hot Docs almost all contributions are from freelancers who are expected to sell their products to other broadcasters around the world to break even.
When I started as TV critic of The Hamilton Spectator in 1970 I'd go into CBC headquarters on College street once a year to interview the great Harry Rasky.
His productions were so fine the New York Times dubbed them "Raskymentaries" and they won Emmy for CBC --sparkling life portraits of Raymond Massey, Chris Plummer, the Durants --all were made by Rasky one a year for the CBC.
And then about 10 years ago the pendulum swung and Rasky publicly complained to me his wonderful stuff was no longer appreciated --his very last called Nobody Swings On Sundays languished on the shelf for more than a year before being dumped sans publicity.
Then one day while browsing at Sam The Record Mans Rasky noticed two of his greatest TV profiles --on Tennessee Williams and G.B . Shaw --were included in various BBC Video collections.
CBC had sold off the rights without even informing him in advance!
Another big CBC series that I covered early on was the almost perfect history chronicle --The Tenth Decade --which examined the Canadian political landscape between 1957 and 1967 --years prime ministers Diefenbaker and Pearson battled each other.
It ran to rapturous praise in 1971.
Of course a sequel was ordered up but prime minister Pierre Trudeau refused to cooperate. The Eleventh Decade was never made.
Instead an insipid look at the Trudeau Years that featured P.E.T. lounging with rival Ed Broadbent ran once and was promptly forgotten.
A look at the Mulroney Years was started and then stopped because of enveloping "scandals". I don't think one on Jean Chretien has ever been attempted.
But veteran executive editor Mark Starowicz did make a memorable one on the second Quebec referendum on independence --I'd love to see Breaking Point (1995) again..
But the truth is CBC has outsourced most documentaries just as it rarely makes dramas on its own any more.
This past season I simply feel TVOntario had a better slate of commissioned documentaries than CBC.
And more cuts are coming I hear.