CTV: The Biggest And The Best 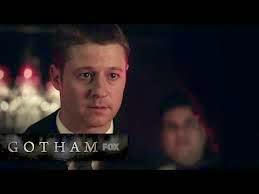 "CTV always gives the biggest and best parties," said the veteran ad agency executive as he chewed away on tiny beefcakes washed down with white wine.
And he was completely right as an overflow audience of advertising executives and media buyers watched a spectacular show put on by media giant Bell Media.
But despite all the hoopla and all those TV stars up there on the stage there was an elephant in the room.
It was third ranked Rogers Media which has snatched away TV rights to NHL hockey for the next --gulp --12 years.
How that will impact on the CTV brands particularly its cable weblet TSN remains the big unknown.
I remember when I was starting my career as TV critic at The Hamilton Spectator in the early 1970s and I asked CTV President Murray Chercover why he steadfastly refused to have a new season press preview.
"Jimminy!" he shouted."My two big Canadian shows are Littlest Hobo and Headline Hunters!
"You want me to promote these?"
Not these days!
CTV actually had a lot of its Canadian TV stars up there on the Sony Centre stage to take bows.
Some years I can remember when only the  American imports would be up there.
At CTV News out trotted anchor Lisa LaFlamme along with Kevin Newman and even Lloyd Robertson plus others from Canada AM.
As far as scripted Canadian series go CTV kept The Listener and Saving Hope going after cancellations by NBC and guided them into solid hits.
Some of CTV's biggest imports are being rescheduled. Should CTV stick with simulcasting or go it alone?
CTV is moving aging but still popular Grey's Anatomy out of simulcast to Wednesdays at 10 p.m --ABC is running it Thursdays at 10 p.m.
That means reverting to something I haven't heard of in years --pre-releasing.
And CTV is cobbling together its own Thursday night block of CBS comedies including The Millers which CTV bought away from Global TV.
CTV bought away Resurrection from City and will run it simulcast Sundays at 9.
In the old days this is how CBC used to work --CBC let CTV have the first season of Laugh-In and when it turned into a huge hit CBC casually bought it away in its second season.
Fridays still zings on Canadian TV unlike the U.S. where it's the least watched night of the week after Saturdays.
So CTV has Amazing Race  Grimm and Blue Bloods.
MasterChef Canada gets bumped to CTV Two which is interesting.
And then there's the big news: CTV has dropped American Idol (does anybody out there remember Canadian Idol).
Big theme of the year has CTV going for super heroes as it adds to Arrow and Marvel's Agents Of S.H.I.E.L.D. new series Gotham, The Flash and midseasonal entry Agent Carter.
CTV has ordered another season for its Canadian series Motive, Spun Out, Saving Hope and Bitten.
And don't forget Space has Orphan Black which has emerged as an amazing must-see Canadian show.
CTV isn't quite there in its Canadian content quota but at least it has a gaggle of home grown shows anybody can watch in a competitive situation.