The first thing one notices about Shaw Media's fall series is the sheer lack of Canadian content.
But that's intended say my Shaw sources because new Canadian shows would get roughed up in the fall stampede of new American imports.
That being said Shaw has managed to buy some of the best new shows around.
And rather than being hurt by Rogers Media gouging on all that NHL hockey which will dominate City on Saturdays and Sundays Shaw is fighting back.
City is getting out of pricey U.S. series weeknights at 10 to help pay down its NHL bill.
So Global has gobbled up the new 10 p.m. series State Of affairs which will start late in November.
Katherine Heigl stars and initial word is strong.
Wednesdays at 10 Global will simulcast Stalker --the title explains all.
And Global will also simulcast the new comic strip actioner Constantine.
This past season Global gambled and won ratings gold with hot imports Sleepy Hollow and The Blacklist
Global will move Bones to shore up its Thursday at 10 spot. And later on there'll be the American version of Broadchurch with David Tennant repeating his role but not with a Yankee accent.
Sundays has always been problematic for Global so a new series Madame Secretary starring Tea Leoni goes at 8 with the CBS venerable hit the Good wife.
Everyone has noticed Global has dumped its simulcast of The Simpsons after a record two decades.
Also acquired: the third hour of NCIS:New Orleans with Scott Bakula, Kate Walsh in Bad Judge, Partners starring Kelsey Grammer and Mulaney starring John Mulaney of SNL fame as a struggling stand up.
Also bought: The miniseries The Dovekeepers and the sitcom A To Z. This new season I count 14 1/2 hours of simulcasting U.S. series 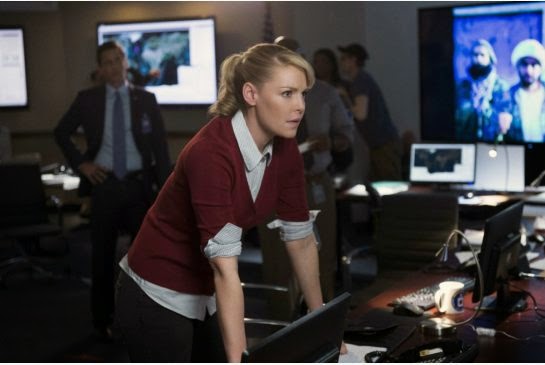 which is a bit down from last season.
Trouble is the lack of home grown shows and an utter dependency on U.S, imports means Global lacks name recognition among Canadian viewers.
One would think the network could afford a 60 Minutes type series but with Canadian themes.
Global, of course, will later have such Canadian dependables as the last year of Rookie Blue, Big Brother Canada and Package Deal.
CRTC rules state there must be 50 per cent Canadian content but that's over an entire year. And don't forget an hour of Rookie Blue counts as 90 minutes of Canadian content --don't ask me why.
Global has come a long way from its debut years as The Love Boat network.
These days it seem ready to challenge CTV for sheer ratings ascendancy.