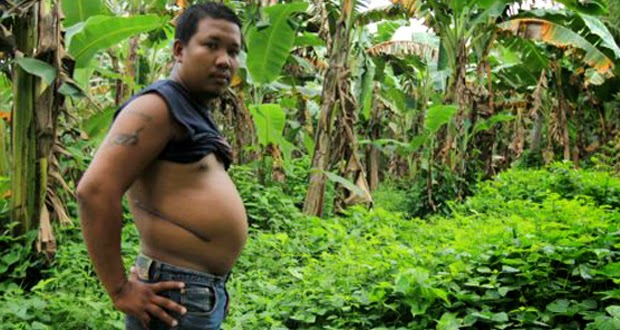 As soon as I spotted Ric Esther Bienstock as the director of the disquieting new documentary Tales From the Organ Trade I requested a screener.
This brilliant 82-minute look at a highly controversial subject manages to successfully portray most sides of the issue.
It debuts Monday July 7 at 9 p.m. on History and ranks as a must-see Canadian documentary.
It will have you thinking for days afterward and you'll also be completely upset by the current state of organ donations.
Bienstock's name may mean nothing to you but for me she exemplifies the highest order of the lonely TV documentary film maker.
She has a U.S. Emmy, two Geminis, a Genie, you name it she's got it and deservedly so.
The titles I remember are: AIDS In Africa (1990), Ebola: Inside An Outbreak (1996), Sex Slaves (2006), The Lost Tomb Of Jesus (2007), The Age Of Anxiety (2012).
I reviewed them all at release, four star productions all the way.
Tales From The Organ Trade which premiered on U.S. HBO in April has already garnered her a fistful of new awards.
What is amazing is the people she has managed to interview on camera and the world wide filming that looks at the patients, the poor donors and a few doctors reaping millions in profits.
Although she arouses our indignation I think she also finds common threads with both sides. There are people who are about to die within a few years unless they get a new kidney --and the waiting list is up to 10 years.
We become acquainted with a beautiful working mother in her 30s who shows us the dialysis she must perform at home every other day --her mother also has kidney disease and is shrinking away and now her brother must also undergo dialysis.
In Denver we meet Walter nervously waiting for a kidney to come his way --an awkward encounter has his daughter refusing to help simply because it is too frightening for her.
And we share time with Raul who paid $100,000 for his successful transplant.
Bienstock handles all these scenes in a poignant manner. But she also looks at the actions of several Israeli doctors who have moved first to Turkey and then again to Kosovo to evade authorities.
What is amazing is Bienstock's ability to get both these doctors to appear on camera and plead their cases. They do not emerge as monsters but brilliant practitioners determined to keep their patients alive.
And what they are saying is that payment for kidneys may be the only way to proceed. Currently people are expected to donate on an altruistic basis and this simply isn't working.
Scenes shot in the Philippines  break one's heart --we see desperately poor young men --one lives in a crawl space under another hut --and each has sold one kidney so they can get on with life.
One donor, however , is having pains --an ultrasound indicates the renal failure that is now plaguing his lone kidney --soon he will need a transplant for himself.
We also learn there are kidney brokers who take a commission for each kidney they sell.
The personalized stories make us understand how people will do almost anything to get a new kidney.
The affluent can afford to buy a new kidney --those selling them are dirt poor.
Who is using who in this trade? I'm not sure after watching this well edited documentary which is filled with superb moments that linger in the memory.
Will kidney lottaries become the new normal? Or will we simply continue to tolerate this black market in human parts?
Tales From The Organ Trade is just the best Canadian documentary I've seen in recent months.
But I already knew it would be as soon as I spotted the credit "directed by Ric Esther Bienstock".
TALES FROM THE ORGAN TRADE PREMIERES ON HISTORY MONDAY JULY 7 AT 9 P.M.
MY RATING: ****.