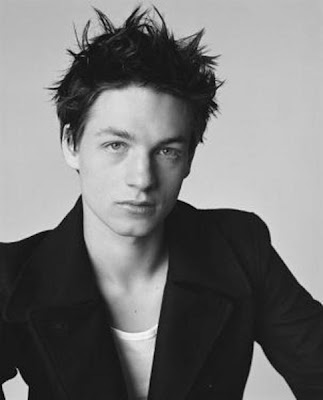 Once upon a time a new film by a promising first time direcgtor would have found a spot on the publically funded CBC.
In fact CBC used to have a spot specially dedicated to Canadian movies that needed a bit of a promotional push.
And these days?
Taxpayer dollars support a CBC containing such American fare as Wheel Of Fortune and Jeopardy as well as seemingly endless reruns of that masterpiece of American TV, The Ghost Whisperer.
That's why The Movie Network (and its western companion Movie Central) deserve praise for fimding a slot for Fakers.
It's an original movie from director Pierre Gill who made his name as cinematographer on Polytechnique and as director of The Last Casino.
Don't worry, the film isn't one of those Canadian efforts you feel obliged to sit through. It's very good, face paced, beautifully shot and showcasing a cast of young Canadians deserving some attention.
The only name in the cast is Gregory Smith who ever since Everwood has been chosing unconventional fare like Guns. Here he's a nutty gun-totting crazy with indulgent parents. His code name: The Lesbian because he was born on the island of Lesbos.
But rest assured Smith is going back to the straight and narrow very soon. I've interviewed him on the set of Copper, a Toronto made series for ABC and Global due out this spring.
Fakers follows three teens at a prestigious private school, St. Francis Xavier. Cousins Tanner (Greyston Holt from Durham County) and Ben (Andrew Francis from Dark Angel) are into counterfeiting in an increasingly big way.
Tanner is the swim team champeen and all round good guy. Ben is into drugs and peddles alcohol to his underaged classmates.
They're discovered manufacturing bad money by the sprightly principal's daughter Emma (Alexia Fast from Flashpoint).
Gill is accomplished at getting inside up the culture of the private school and showing how everybody there seems to be an operator of some sort.
Jesse McKeown and Steve Westren wrote the script which keeps us guessing --it was shot in and around Montreal.
Fakers moves at a fast pace, showcases promising young Canadians and is a portent of what they might aghieve in the future.
And I'd rather watch it than a dozen episodes of Wheel Of Fortune.
FAKERS PREMIERES FRIDAY APRIL 9 AT 9 P.M. ON TMN AND MC.
MY RATING:***
Posted by james bawden at 1:36 AM