A Few Words About Allan King 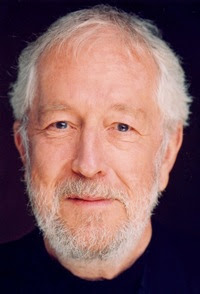 I always enjoyed interviewing great Canadian director Allan King.
As far as I was concerned he was Canada's finest ever film and TV director so I naturally expected quite a splash in the media when he died om June 15 from a brain tumor.'But The Toronto staer used a wire story and other outlets were just as perfunctory.
Contrast this with the wall-to-wall over coverage of the bizarre death of Michael Jackson and you'll see what I mean.
And there's a reason for all of this. Newspapers are receding badly and most of them are losing buckets of cash.
With TV it's much the same question --Anderson Cooper on CNN has seen once high ratings pummet after the November U.S. election and on some nights viewers are off by pme half or more.
What better to entice viewers during the lazy, hazy days of summer than a tangled web of innuendo and mystery as presented in the death of Michael Jackson.
Remember Jackson almost completely disappeared after his trial for molestation two years ago and that was deliberate. Although acquitted he had been losing popularity steadily for the past decade. It's difficult being a Peter Pan figure when you're close to hitting 50.
So TV and newspapers took all those elements of tabloid journalism to present us with lurid scenarios of multiple face operations, skin bleaching and illegal drug use.
I don't know if it worked ratings wise --I have a horrible feeling that it did the first few nights anyway. But suddenly there was no other story out there.
Canadian news disappeared from CBC's The National for days on end --should it not have been retitled The Irrational? CNN;s Larry King was beside himself as teary stars who'd shunned Jackson for years telephoned in with teary platitudes.
There were few facts to begin with. Had somebody injected him with something dangerous?Who was the real father of those kids? Would there be a public viewing of the body at Neverland?
CNN's Cooper is usually so news oriented. He promised to ban eumors from his show and then went days digging up unaccredited stories until one of Jackson's attorney's admonished him on air.
But what about King? In his last years he'd carefully crafted two superb documentaries that indicated he was at the top of his game: Dying At Grace (2003) and Memory For Max, Claire, Ida And Company (2005).
Of course early on he'd been one of the inventors of reality documentaries with the trend setting Warrendale (1967) and A Married Couple (1969).
He also excelled in fictional features: Who Has Seen the Wind (1977) and Termini Station (1989) come to mind.
I used to bump inyo him when he was making episodes of such Toronto TV series as Philip Marlowe (1986), Friday The 13th (1987) and Alfred Hitchcock Presents (1987-89). He claimed he was doingit for the money but everything he directed was polished and incisive with his own unique stamp on it.
We last talked when Memory premiered on TV, an evocation of growing older and coping with Alzheimer's. King wondered how he'd do when he hit that age which would be at least another 10 years in the future.
But illness got him and what we're left with are some of TV's best ever features and documentaries.
He certainly deserved better from the Toronto press, I figure.
And this just in: TVO is quick off the mark with a must-see retrospective of King's work including Warrendale (Monday at 10), A Married Couple (Tuesd.), Memory For Max... (Wed), EMPZ FOR LIFE (Thurs.) and Dying At Grace (Frid.) Got all that?
Posted by james bawden at 12:44 AM