All The TV News That Fits 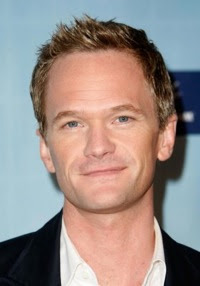 Interested in what's happening around the TV dial?
Well, Neil Patrick Harris has been confirmed as the host of the next Primetime Emmy awards. And why not? He's starring in one of the few watchable sitcoms still on TV. For the past three years he's garnered raves for hosting duties on the Tony Awards. And he has back-to-back Emmy nominations for his show How I Met Your Mother. Sounds like great credentials to me.
And what about Maura Tierney and her fight against breast cancer. The 44-year-old star of ER must have surgery which will delay production of her new series Parenthood, says NBC. The series will be rescheduled as a midseason replacement series although it originally was due to premiere in September.
And what about CBC's lamentable decision to cancel the still popular series Royal Canadian Air Farce (averaging over 600,000 for the season) for the lamentable Triple Sensation which is averaging around 150,000 viewers every week --and that's for the entire country. Shouldn't CBC have postponed the second season until host Garth Drabinsky's legal problems had been settled?
Posted by james bawden at 10:57 PM