CTV Is Bigger And Better 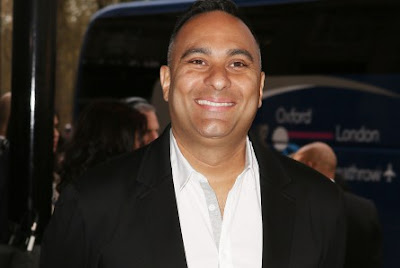 I always enjoy going to the CTV "Upfront" where the largest private network gets to strut its stuff.
But oh my how times have changed.
My first CTV launch it was stale sandwiches and cold coffee in President Murray Chercover's board room at CTV headquarters on 42 Charles St. East in Toronto circa 1972.
"My Canadian shows are Littlest Hobo and Stars On Ice," Murray groused to me.
"You expect me to promote that?"
But that was then and this is now.
Now it's the Sony Center filled to the brimming with thousands of advertising executives all eager to spend millions on new CTV fare.
I always judge these festivities by the food.
And after diligent research I can assure you CTV still has the best booze 'n dainties in town.
Ad executives chowed down teeny weeny hamburgers and delicious slices of grilled cheese sanwichlets and drank champagne and white wine and all seemed delighted by the chow.
As well as all the new U.S. shows CTV grabbed up.
That's because CTV's reach is so much bigger than rivals Rogers or Shaw.
That means CTV executives swing it to Los Angeles and after a week of sitting in darkened screening rooms they get to pick whatever they want.
They've got the reach, they've got the money --it's still as simple as that.
A steady stream of CTV executives came forth to the Sony stage to extol the beauties of  CTV production all different platforms.
CTV now stands as the numero uno Canadian network for the 16th season.
CTV is "refreshing" (its term) with new series on 6 of 7 nights.
Five new hour dramas are on deck plus three new comedies --all American imports, of course.
New acquisitions include Me, Myself And I starring Bobby Moynihan and John Larroquette (Night Court).
It is followed by a new Marvel franchise The Gifted with Stephen Moyer and Amy Acker.And David Shore has a new hospital drama The Good Doctor starring Freddie Highmore (Bates Motel).
On Tuesdays the new U.S. import is The Gospel Of Kevin starring Jason Ritter who was present. Should I have mentioned to him I first interviewed farther John on the set of Three's Company in 1976?
On Thursdays its the new sitcom Young Sheldon a prequel to Big Bang Theory.
On Fridays Marvel's InHumans will star Anson Mount and Canadian Serinda Swan.
Saturdays it's the new sitcom The Mayor starring Lea Michele and newcomer Brandon Michael Hall.
On Sundays there'll be a four-part miniseries The Indian Detective starring Russell Peters --it is considered a Canadian entry.
Also on Sundays there's Ten Days In The Valley starring Kyra Sedgwick.
Midseason pickups will include a Grey's Anatomy spinoff, a revival of Roseanne,the new series The Crossing (described as Lost 2.0), a Canadian music series The Launch, Aden Young in the six parter The Disappearance and three female detectives (headed by Wendy Crewsaon) in the new dewtective series The Detail.
CTV announced major expansion of local news with newscasts at 5 p.m.
CTV's greatest brand W5 returns for its 52nd season but I still say the network made a major mistake in ditching its great brand Canada AM for the innocuous Your Morning.
And don;t forget CTV2 is a completely separate network --it will have NFL football. twice weekly and on Saturday nights choice episodes of two fine Canadian dramatic hits Motive and Saving Hope.
I'd like to see CTV getting back into the TV movie game with two or three Canadian themed stories a year.
And some day if CTV is very flush might we even get a late night Canadian talk show?
Oh, and I forgot the best news of all: CTV's animated series based on Corner Gas is coming soon.