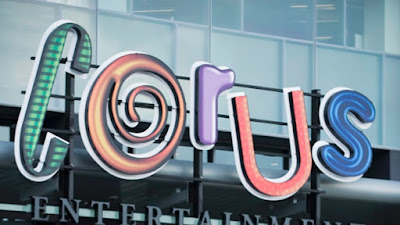 So there I was in the fall of 1973 wandering through the maze in Don Mills that was the headquarters of Canada's latest TV network: Global TV.
Leading the way was innovative founder and president Al Bruner who showed me the vast newsroom and the dual anchors, the two Peters he called them, Peter Truman and Peter Desbarats who were going through a dry run.
I visited the downtown studio where American comic Norm Crosby was taping episodes of his daily talk show --guest Noel Harrison was warbling away when I came in.
In Ottawa Shhh It's The News devised by Don Harron was shooting comedic scenes with Barbara Hamilton in attendance.
And also in Ottawa I'd visited with Bernie Braden who'd come home from England to front a weekly current affairs series.
The network launched with appropriate flourish in January 1974 but nobody watched.
Bruner made the mistake of premiering his new TV entity in the middle of a regular TV season with viewing patterns already established.
Advertisers had made their buys for the TV year and just were not interested.
And soon Global TV began sinking like a stone.
Bruner mortgaged his home to keep going but it was to no avail.
Soon the whole edifice crashed and there was an emergency night time CRTC hearing and a fire sale of the network and its contents and many producers lost everything.
A rebuilding program took the next decade as the network seemed to get by on reruns of Love Boat.
And now all these years later?
I feel I may be seeing the same pattern all over again.
A few days ago Corus Entertainment bought the Media division of Shaw Communications for $2.65 billion --ironically Corus was spun off from Shaw in 1999.
So, in effect, Shaw is selling part of its empire to another Shaw company.
The property includes Global TV, such specialty channels as Showcase and DejaView and the home grown versions of such international channels as Food Network, BBC Canada and HGVT.
Don't forget Shaw also announced purchase in December for $1.6 billion of Wind Mobile.
Of course in march you the TV customer can ;pick what individual cable channels you want to keep and which ones you don't want anymore.
It's a new concept called "skinny basic" in the industry.
Corus is taking 19 specialty channels from Shaw and some of these may imndeed fail.
And then there's the future of such "traditional" TV networks as Global which has a competitive national newscast but very few quality Canadian shows.
Global has had such fine Canadian drama series as Combat Hospital and Rookie Blue but when ABC cancelled both in the U.S. Global couldn't afford to continue them up here
Do traditional networks such as Global have much of a future.? I'm just not sure.
The Big Three (Global, CTV and CITY-TV) go down every season to L.A. to buy up more than $700 million in American programming for the next season including many shows that quickly fail.
By contrast the invest very little in new Canadian drama series.
Younger viewers I've been talking to say they prefer Netflix and Hulu (U.S. services) to the more traditional way of watching TV.
So the TV landscape is changing once again and many current Canadian players could simply disappear in the next few years.
Those Canadian networks heavily dependent on American shows we can watch elsewhere will be the first victims.

I guess they put all their eggs in the same basket with American shows. I wonder what could happen if Global, CTV, City-tv decided to check elsewhere then Hollywood like Australia, (YTV once broadcasted some episodes of the drama "Home and Away" in the early 1990s), United Kingdom, Japan (some animes could fill the Saturday morning schedule),etc...?

On the other hand, I wonder if, beside the option of completely shutting down, we might see a merger of 2 of the 3 Canadian tv networks, similar to the 2 formers French AM radio networks in Quebec, Telemedia and Radiomutuel in 1994?