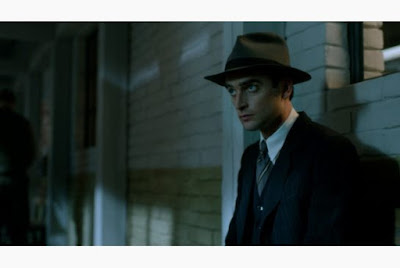 I sat down to watch the first new episode of X Company on CBC-TV Wednesday night.
And it reminded me once again how Canadian stories are disappearing on Canadian TV with alacrity.
A teacher friend of mine was telling me the other day her students were not quite sure what countries Canada was fighting during World War II.
And asked to name the first five prime ministers of Canada?
Nobody could do it.
And why be surprised?
Canadian channels have become vast wastelands of conventional American imported fare that the networks can buy for cheap prices.
It's far more difficult to manufacture a genuine home grown show.
Rogers had a dandy in Mjrdoch Mysteries but dumped the popular series because it was too pricey.
CTV has some "Canadian" shows I like watching including Motive and Saving Hope but they take place in a world where the word "Canada" is never mentioned --so they can be sold to U.S. outlets.
That's why I was so excited by the return of X Company.
Look, it's not cutting edge TV but it is well made on all fronts.
And it tells a truly Canadian story --Canadian exploits behind the Nazi lines in war torn France.
Yes, there are some cliches but they're our cliches.
The co-creators Mark Ellis and Stephanie Morgenstern deserve accolades for the fast pace and attention to character detail.
And why should I be surprised? they fabricated Flashpoint which ran for six successful seasons on CTV --and also was a prime time favorite on CBS.
The story they chose for their next series is very true indeed --there really was a Camp X on the north shore of Lake Ontario which trained Allied spies and opened just after Pearl Harbor had been attacked by Japan on December 7, 1941.
The lead instructor was the legendary Sir William Stephenson whose exploits inspired the book and TV miniseries A Man Called Intrepid.
The first season was shot in Budapest standing in for France --the Hungarian capital survived almost intact whereas other European capitals were savagely bombed.
The first new hour examined the savage results of Canadian agents being captured and interrogated by the Nazis.
I couldn't stop watching and I feel X Company comes along just at the right time --a reminder Canadian history is filled with such exciting stories.
X COMPANY RUNS ON CBC-TV WEDNESDAYS AT 9 P.M.
MY RATING:***1/2.

What you say is true about English-language Canadian television. Lots of local stories here in Québec. I love this show, by the way, though I fear they will overdo the violence. Yes, war is violent by definition, but espionnage also involves a lot of tedium and patience.