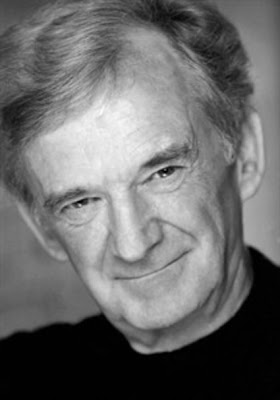 I was totally surprised by the superficial coverage of the death of Wayne Robson, one of Canada's top TV and movie actors. He died on April 4, aged 64, leaving a substantial body of memorable performances.
Or maybe I wasn't that surprised at all as local arts coverage has diminished on all the old print publications as their circulation teeters and totters.
Look, maybe you don't know the name.
But you certainly remember that unique face and those idiosynratic performances.
For years he was one of the brightest spots on The Red Green Show as Mike Hamar.
And let's not forget his recurring comedic skill as as Tuffy Wilson on CBC's Little Mosque On The Prairie.
His movie roles go way back --in fact I think I first noticed him in 1971's McCabe And Mrs. Miller which I reviewed as a summer student for The Globe And Mail.
The regular movie critic, Martin Knelman, was on vacation at the time and when he returned wrote his own critique of the film because he so disagreed with mine.
I last saw Robson walking with his family along Danforth Ave. in Toronto a summer or two ago. We waved but didn't stop to chat that day.
One time we did chat at length was on the set of the very quirky movie Interstate 60 which starred James Marsden, Michael J. Fox, Kurt Russell, Chris Cooper, Chris Lloyd. What a cast for a film that barely got released.
I definitely remember hanging out with Wayne on the set of that remarkable crime drama And Then You Die which co-starred Robson along with Kenneth Welsh, R.H. Thomson, George Bloomfield.
And Robson's film work lingers in my memory from The Grey Fox where he was Genie nominated as best actor, Popeye, Dolores Clairborne as well as his TV work on Wind At My Back, Road To Avonlea, Due South, right back to Maniac Mansion.
When a talented performer defects to the U.S. the Canadian press goes all colonial with puff pieces but when somebody like Robson or Gordon Pinsent or Wendy Crewson deliberately seek to work in their home country there's this very strange silence.
And Robson was only one of an amazing cadre of character stars I've always enjoyed seeing again and again.
Put the late great Jackie Burroughs in that category. Also Martha Henry when she chooses to defect from her stage work.
Others in my Local Hall Of Fame: Jayne Eastwood (who I first interviewed on the set of Goin' Down The Road), the late and totally wonderful Bud Knapp, Peter Donat, Gordon Pinsent, Sonja Smits, Rick Roberts, David Hewlett, Bruce Gray, David Gardner, Janet-Laine Green, Art Hindle, Kate Trotter, hey I could go on all night about Canadian talent.
And near the top of any of my best lists there'll always be room for Wayne Robson.
Posted by james bawden at 8:49 PM

Thanks for this...for all the wonderful work that Wayne did throughout his career, he deserves more than merely the association with Red Green...

I was upset to learn about the death of Wayne Robson. Of all the characters on the Red Green Show he was my favourite. I would often tune in just to see the antics of Mike Hammer. I saw him in many other parts and was amazed how versatile of an actor he was. Wayne had the voice and facial expressions that were unique. He will be missed.