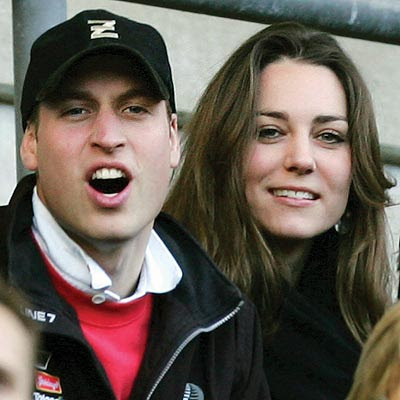 Talk about timing! The new Canadian made documentary Chasing The Royals is perfectly positioned to take advantage of the upcoming nuptials between Prince William and Kate Middleton.
It was made by Gemini Award-winning Montreal filmmaker John Curtin who last season fashioned that intriguing TV biography Elizabeth II: Monarchy In Peril and this one is just as relevant.
Curtin sees the press and the shaky monarchy as needing each other but refusing to admit it.
And he's gathered a grand bunch of British press types who'll stop at nothing to get across their latest scoop.
Here's the guy who go into Buckingham Palace by posing as a footman. He duly reported back to his readers that Queen Elizabeth has her breakfast cereal delivered in plastic containers.
And when she ordered a plateful of upscale tea scones she crumpled them all up to feed to her ravenous corgis.
Another veteran says he followed Princess Diana to her tryst on the Mediterranean with her new toy boy and got the pictures that shocked a nation.
Days later Diana and her party took off at high speed to evade the snoopers. The Princess died in a Paris car crash and a nation mourned.
Curtin is spot on when he suggests this history of acrimony could prove deeply divisive to William and Kate's future happiness.
In key scenes we watch as William performs a royal duty and disappears into his car.
But Kate works the crowd and obviously enjoys this side of her job despite the scowls of her future husband who partly blames the media for his mother's untimely demise.
As Curtin says the press and the royals may hate each other but they need each other, too.
Some of the clips are amazing. Prince Charles is seen whispering "I hate that man" as he spots a press adversary at one function.
The attempt by some reporters to hack into royal phone lines shows how far the tabloid side will go.
But scenes of the Queen milling about during her last Canadian tour are positively sedate. The British reports who are accompanying her are furious there's so little real news.
As Curtin points out it was not always so predatory. The British public were startled by the abdication of Edward VIII because the press had completely blacked out stories of the king's infatuation with Mrs. Simpson.
To show how different the world is these days one reporter gives us the backstory on how he found the Duchess of York getting her toe nibbled on by an admirer in the South of France and how that splash ruined her career as a royal.
"The goal posts have been changed" --that just about sums it all up in this witty and sometimes wild take on royal manners and morals.
CHASING THE ROYALS PREMIERES ON DOC ZONE ON CBC-TV THURSD. MARCH 31 AT 9 P.M.
MY RATING: *** 1/2.
Posted by james bawden at 1:20 AM