All Hail The WB Archives! 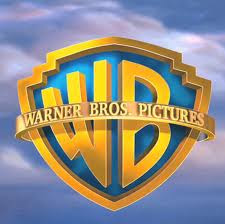 Being an old movie buff from way back I'm still feeling there aren't enough great vintage films on TV to satisfy my needs.
It took me more than a decade of columns at the Toronto Star to get the CRTC to budge and allow Turner Classic Movies onto the Canadian cable TV universe.
But lately TCM has been running far too many current movies for my liking.
And then along came a solution: the WB Archives.
Now let me hasten to report Warners currently owns rights to three gigantic old movie collections: Warners, MGM and RKO.
How it got hold of those thousands of titles is a story in itself. At one point MGM even owned all the Warners titles --except in Canada.
Lately DVD sales have been dwindling in retail outlets across North America. One problem I'm sure is the high price tags on many items.
So Warners created its own way of dealing directly with vintage movie fans: it set up a website where you can order directly --the promise has been made to get all the films it owns onto the site.
Instantly there was trouble from this side of the border: the site did not accept Canadian orders for various copyright reasons. I understand that:up to seven percent of all TCM films shown in any given week are substituted for others on the Canadian feed.
To get around that restriction I asked a buddy in the U.S. to buy three titles for me --he could watch them first and then send them onto me.
The parcel quickly came: Cain And Mabel (1936) is an overstuffed but enjoyable Depression musical starring Marion Davies and Clark Gable.
I've always looked for it on TCM but never could find it and now I'm glad I've got it in my DVD library. Trouble is there are no extras not even scene selections --a few titles have the original trailers.
The second title I chose was We Were Dancing (1941) with Norman Shearer and Melvyn Douglas. It rightly gets only two stars but I wanted to catch it to find out why Shearer chose it over Gone with The Wind and Mrs. Miniver.
And it's not all that bad --it had the misfortune to be released right after Pearl Harbor and moviegoers were no longer interested in the adventures of a bogus Russian countess.
My third choice was Goodbye My Fancy (1952) because I knew director Vincent Sherman and wanted to see this strange venture into comedy by the usually melodramatic Joan Crawford.
Each DVD cost $29.99 but the price has since come down to $19.99. I have one friend who rents a Buffalo post office box and orders from Warners that way.
But now the WB collection is also available through amazon.ca, tcm.com and moviesunlimited.com, And a few titles from the WB archive have actually been appearing the the downtown Toronto DVD outlets: The Mortal Storm (1940) and Forsaking All Others (1934) --but these in store treats are selling as high as $32.99!
I tried ordering three more from amazon.ca and I got Cry Havoc (1943), a good all-female war story with Margaret Sullavan and Ann Sothern, Son Of The Gods (1930) with Richard Barthlemess in a strange tale of racial insensitivity and When Ladies Meet (1941): Crawford, Greer Garson, Robert Taylor all looking mighty uncomfortable in a teacup drama/comedy of infidelity.
My WB sources say next month's "premieres" will include June Allyson in the Opposite Sex (1956), Olivia de Havilland in My Love Came Back (1940), Bette Davis in That Certain Woman (1937), Barbara Stanwyck In BF's Daughter (1948) and the 1923 and 1933 versions of The Whte Sister.
The alternative is to sit patiently for years until TCM shows these gems again.
'
Posted by james bawden at 6:15 PM